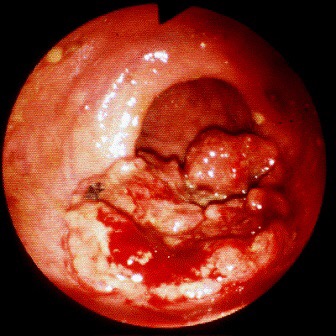 53% of people living in Manchester would not be confident about the common symptoms of the second biggest cancer killer in the UK, new April 2016 research shows. The new figures raise the concern that many in the city are not well-informed about the role played by preventable lifestyle factors in the development of cancer.

According to new research conducted independently on behalf of BMI Healthcare, only 43% of Mancunians think that eating red meat is a risk factor of bowel cancer. However, the World Cancer Research Fund classifies red and processed meats as one of the causes of bowel cancer, with 54% of cases of the cancer each year in the UK being linked to lifestyle risk factors. Despite the reality, respondents in Manchester reported a critical lack of awareness.

Sharron Davies MBE and UK Olympic medallist campaigns for greater awareness of the risk factors surrounding the disease in the UK. She said: “Bowel cancer is a dreadful disease and affects a worrying amount of Britons. Lifestyle factors such as exercising regularly and eating healthily can contribute significantly to reducing the risks. People need to be more aware of how a few changes could make a real difference.”

The April 2016 study, which assessed 1215 respondents from Manchester, Birmingham and London, highlighted the lack of awareness on the risk factors associated with bowel cancer as well as the uncertainty in recognising the symptoms:

Mr Mo Saeed, Consultant Colorectal Surgeon at BMI Healthcare The Alexandra Hospital advises: “The most effective screen modality for the detection of bowel cancer in polyps is a colonoscopy. This test is usually carried out under light sedation as a daycase procedure and has the advantage of being able to biopsy a growth if it’s presence and remove polyps. Other screening modalities such as virtual colonoscopy or tests that detect blood in stools are indirect ways of screening the bowel, a colonoscopy will still be needed if any abnormality is found.

“The most effective prevention strategy involves a healthy diet and lifestyle. Screening is recommended in those over the age of 50 and with family history of bowel cancer and personal history of inflammatory bowel disease and polyps.”

Greater Manchester Replacement mobiles given to victims of stalking

Dragonfly hits the heights with Neo