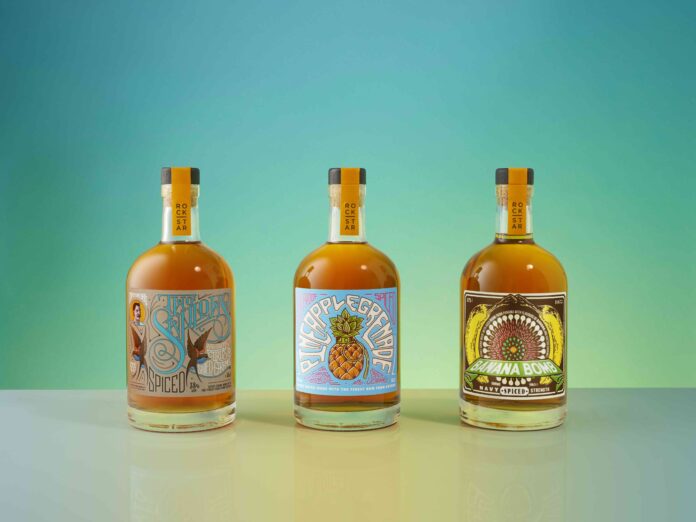 For Rockstar Spirits, who saw a sales increase of 550% in 2020, this accolade will further help propel them to achieve the big plans they have in place for the year, looking to take rum connoisseurs and virgins on a journey of discovery with its unique flavour profiles.

A home-grown Manchester brand, Rockstar Spirit was launched in November 2018  by Tom Hurst, 43, who waved goodbye to a 20-year corporate career in the drinks industry to realise his dream of launching his own rum brand and to create a rum perfect for mixing with coke.

Speaking on the accolade, Tom Hurst said: “Rockstar Spirits was born and raised right here in Manchester, and for us to receive accolades like this, having gone up against brands worldwide is really something. Three golds in one competition puts us at the Chris Hoy, Usain Bolt kind of level of performance so needless to say we are absolutely over the moon. I hope everyone else will be too when you try our Golden rums.”

Sourcing spirits from the world’s greatest rum distilleries, The Grenade and Two Swallows ranges use the finest

rum from Diamond Distillery in Guyana as their starting point, with Banana Bomb sourced from the most

Captn Webb’s Two Swallows range of spiced rums use the finest rum from Guyana married with incredible flavour combinations.  The name Captn Webb was inspired by Tom’s great uncle Captain Matthew Webb, the first recorded person to swim the English Channel for sport without the use of artificial aids. He was widely considered a celebrity, with his face adorning Captain Webb Matches.

Banana Bomb sources fair trade rum from Panama that is carbon neutral and the distillery is run entirely on renewable biomass energy.  The rum is aged for 2 years in oak ex Bourbon Casks and distilled to Navy Strength 57% abv.  Giving the incredible spirit a Rockstar twist, it is then infused with natural Banana, Spices and Salted Caramel to create an incredibly well rounded and smooth spiced rum.

Is Manchester home to the North West’s best view?