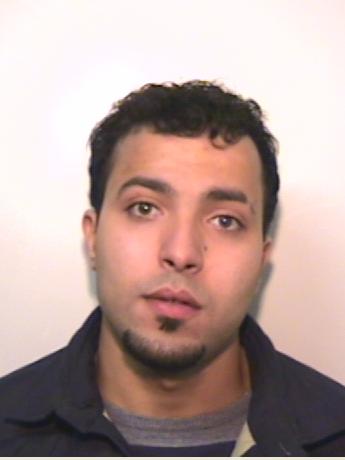 A sniper who joined left Manchester to join ISIS has been jailed for ten years today at the Old Bailey.

Twenty six year old Mohammed Abdallah of Westerling Way was found guilty of possession of firearms for terrorism, being a member of a proscribed organisation and receiving funds for terrorism purposes.

He will remain on license for five years thereafter.

In June 2014, Abdallah left Manchester and embarked on his journey to Syria, via Libya, where it is believed he filled in an ISIS Border Agency Directorate form with his personal details and credentials.

On the form, Abdallah, using the name Mohammed Najeh Faraj and nickname Abu Al-Bara’h Al-Liby, disclosed his date of birth, marital status and religious qualifications. He also proclaimed himself as a ‘fighter’ with the speciality of being a ‘sniper’ and a proficiency in the use of heavy artillery.

Officers from counter terrorism policing for the North West found out Abdallah had travelled to Syria after conducting warrants at his home address and that of Stephen ‘Mustafa’ Gray, who was jailed in 2016 alongside Abdallah’s brother, Abdalraouf.

Gray, assisted by Abdalraouf, had made concerted efforts to join Mohammed Abdallah in Syria but was turned back twice at the Turkish border, once in Istanbul and again in July at the Bulgarian/Turkish border.

Abdalraouf Abdallah, who was unable to travel due to being paralysed from the waist down, an injury he sustained in Libya in 2011 whilst fighting against the Gadhaffi regime alongside his brother, was found guilty of sending funds to his brother to be used for terrorism purposes amongst other offences.

After receiving intelligence that he was planning on returning to the UK, Mohammed Abdallah was arrested at Heathrow Airport in September 2016.

Once he was in police custody, officers discovered the name on the passport he had travelled back on was Mohammed Najeh Faraj – the same name used on the ISIS form.

He has remained in custody ever since.

Detective Chief Superintendent Dominic Scally, head of counter terrorism policing for the North West, said: “The form Abdallah filled in has proved to be a vital piece of evidence in our investigation, enabling us to pinpoint his location, understand his desire to fight and bring him in front of a judge and jury.

“When he was interviewed in police custody, he had ample opportunity to provide us with an account of his version of the events that led to his arrest but neglected to do so and has denied any wrongdoing throughout the trial.

“Today, he has been sentenced to a considerable time in prison, unable to pose any risk to our communities and prevented from fulfilling his role as an ISIS member.

“Each individual person who makes the choice to travel to Syria can expect to be investigated by us and have their movements and actions examined to determine whether or not they pose a risk.