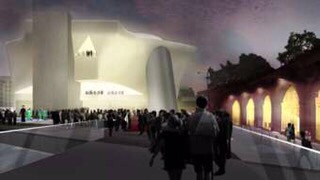 Plans for Manchester’s new £110m Arts and Culture venue to be built on the site of the former Granada Studios building, Factory have been given the go ahead by Manchester Council this afternoon.

The new venue is predicted, that within a decade, will create or support, direct and indirectly, almost 1,500 full-time jobs and add £1.1 billion to the city’s economy.

It will be the permanent home for the Manchester International Festival.

the arts centre is part of the wider St John’s development masterplan, which will provide 2,400 homes, three hotels and commercial space in Manchester city centre.

The council decision was welcomed by culture minister Matt Hancock, who said he wanted to “blast open access to the very best world-class art and culture we have to offer in this country”

Construction is expected to start later in the year with the venue scheduled to open in 2020.