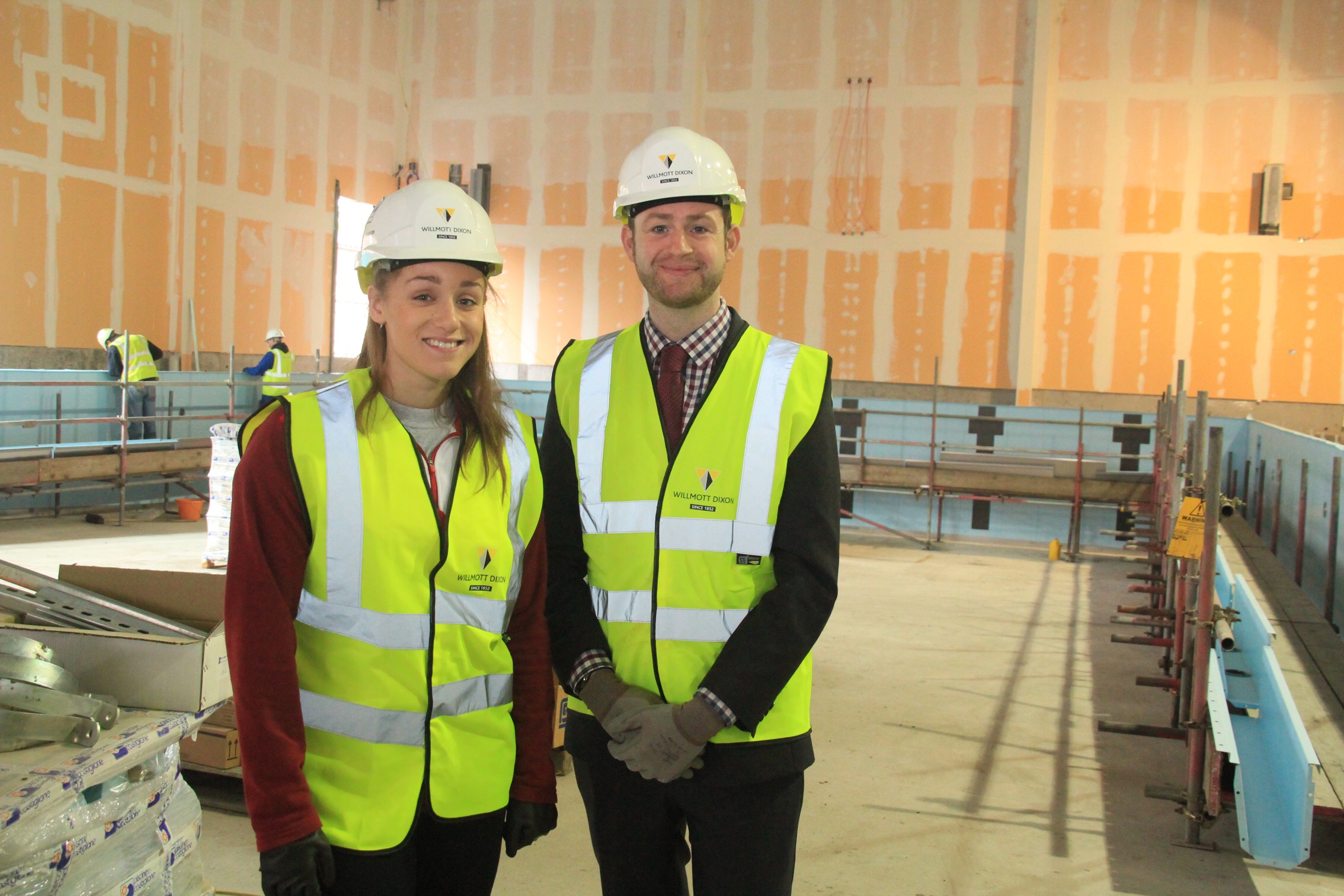 An Olympic legacy pool at Royton’s new £8 million sports centre, obtained by Oldham Council as part of a deal with Sport England, has been welcomed by GB swimmer Jessica Fullalove.
The Royton starlet, who competed in the 2014 Commonwealth Games and won three silver medals at last year’s Youth Olympics, was impressed when she swapped her swimming cap for a hard hat when visiting the site of the new leisure facility – set to open later this year.
Joined by Jim McMahon, Oldham Council Leader, both took a close look at the Byron Street redevelopment.

As part of the Olympic Facilities Legacy Fund the new centre was awarded a pool tank and a grant of £134,000 from Sport England to support the pool’s installation.

The new pool is the same design as one of the Olympic training pools.

Jim McMahon, Oldham Council Leader, said: “The opening of this wonderful facility is just around the corner and this funding from Sport England is giving Royton a lasting Olympic legacy for the area – a commitment we made when we announced the new leisure centres for Royton and Oldham.

“The centre will not only be a great place where parents can bring their children to swim – it will also be a place where swimmers, like Jessica, can come and train in an environment suited to top competitors.

“Our team have been working hard with Sport England to make sure we have state-of-the-art facility residents and future generations will be proud of.”

Jessica, aged 18, said: “As a swimmer and a local resident it was amazing to be shown around the centre which will be great for Royton and the surrounding areas.

“I’m thrilled that Royton will get an Olympic legacy pool and I hope it will inspire more people to swim when it opens.”

“The new pool, similar to ones used at the Olympics, will ensure that the local community have the chance to enjoy swimming in such an inspiration facility, and will help to create a lifelong sporting habit.”