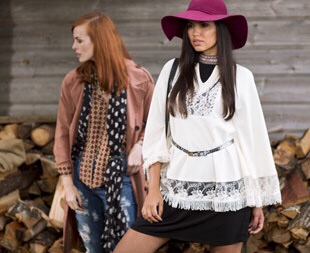 Manchester based online retailer  Boohoo.com is forecast to record a doubling in profit according to reports over the weekend.

In a rare success story for the retail sector, its mix of fresh fashion, swift deliveries and cheap prices lures younger shoppers away from the high street.

The group has gained success in the last few months selling bridal range wedding dresses for less than £80 and an affordable range of party dresses that start from £8.

The company’s share price has tripled in the past year, meaning the business is now worth more than £2billion.

Boohoo was formed in 2006, once known as Manchester’s best kept fashion secret, it has become one of the fastest growing international retailers, and has quickly evolved into a global fashion leader of its generation.

Top retailers are the toast of Ashton under Lyne