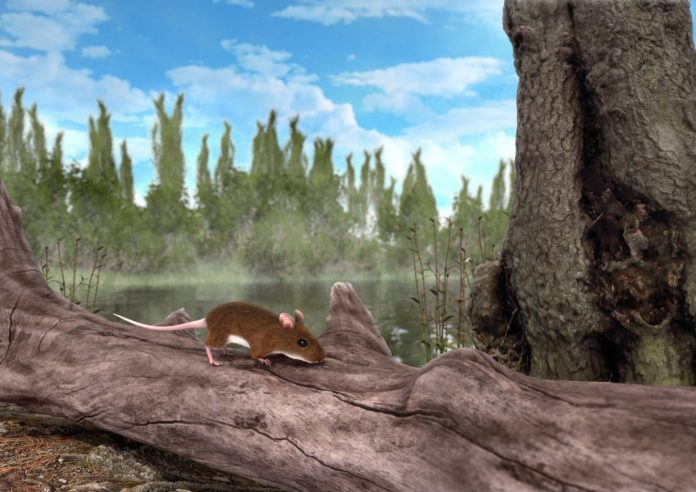 The evolutionary use of colour for mammal’s survival in the wild is evident from, red foxes, to zebras. Today an international team, led by researchers from The University of Manchester, publish research revealing the evidence of colourful pigments from ancient mouse remains.

Colour plays an important role in the evolution of life on Earth, it has also played a role in the selective processes that have steered evolution for hundreds of millions of years.

The paper, ‘Pheomelanin pigment remnants mapped in fossils of an extinct mammal’ is published in the journal Nature Communications. The work marks a major scientific breakthrough in our ability to define fossilised colour pigments in long extinct species for the first time.

This new study applied X-ray imaging to several 3 million year old fossils in order to untangle the story of key pigments in ancient animals and reveal how we might recognise the chemical signatures of specific red pigments in long extinct animals to determine how they evolved.

Professor Phil Manning, the lead palaeontologist on the paper explained: “The fossils we have studied have the vast potential to unlock many secrets of the original organism. We can reconstruct key facets from life, death and the subsequent events impacting preservation before and after burial. To unpick this complicated fossil chemical archive requires an interdisciplinary team to combine their efforts to crack this problem. In doing this, we unlock much more than just palaeontological information.”

Professor Roy Wogelius, co-author and geochemist said: “This was a painstaking effort involving physics, palaeontology, organic chemistry, and geochemistry. By working as a team, we were able, for the first time, to discover chemical traces of red pigment in fossil animal material. We understand now what to look for in the future and our hope is that these results will mean that we can become more confident in reconstructing extinct animals and thereby add another dimension to the study of evolution.”

The new research reveals that not only may chemical traces of dark black pigments be present within exceptionally preserved soft tissues, but that traces of the much more elusive red animal pigment may be resolved. The chemical residue of black pigment, which colours such animals as crows, was first resolved by this team in a previous study nearly ten years ago. But the red pigment, characteristic of animals such as foxes, is far less stable over geological time and proved much more difficult to detect.

Year of temperature extremes results in peaks and troughs for wildlife