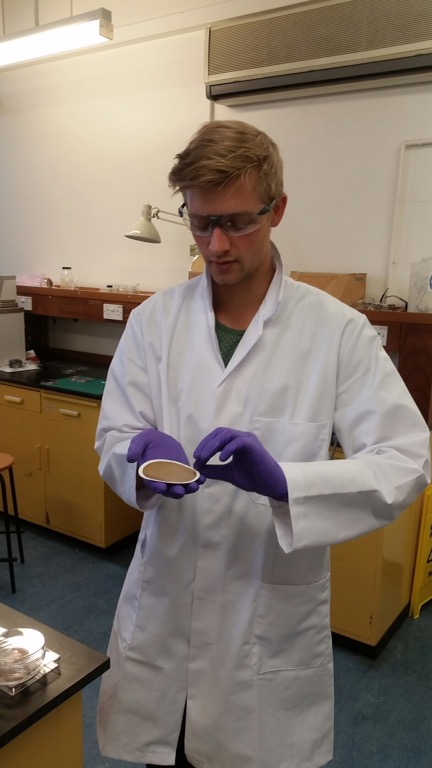 Sebastian Leaper, a PhD student at the University of Manchester is the winner of the Eli and Britt Harari Graphene Enterprise Award 2016.

The £50,000 award which is now in its third year aims to encourage the development of new graphene enterprises from budding entrepreneurs across the University’s undergraduate, postgraduate and post-doctoral researcher communities, as well as recently-graduated alumni of the University.

The prize money will help to fund a new graphene project, which has the potential to revolutionise current desalination methods.

Desalination- a process that removes minerals from saline water currently has many associated problems such as the high levels of energy required to power the system which as a result leads to high costs. Some filtration methods also require the water to be pre-treated before passing through the membrane to prevent the membrane filter from clogging with impurities.

Using a graphene membrane in the desalination process can help improve the process and overcome some of the challenges associated with desalination.

Graphene can be fine-tuned to produce superhydrophobic surfaces, while membranes made from graphene’s sister material, graphene oxide, allow water to permeate through them with hardly any resistance. These are two important properties of Sebastian’s membrane. Creating a designer membrane, which uses less energy and is not susceptible to clogging. Untreated water can also be used in the membrane, making it low maintenance.

By 2025 the UN expects that 14% of the world’s population will encounter water scarcity. This technology has the potential to revolutionise water filtration across the world, in particular in countries which cannot afford large scale desalination plants. This system can be built on smaller scales and is flexible making this technology accessible to countries which do not have the financial infrastructure to fund large plants without compromising the yield of fresh water produced.

Sebastian (23), who is currently undertaking his PhD within the Graphene NOWNANO Centre for Doctoral Training said: “When you live in Manchester, it’s easy to forget that there’s a global water shortage going on. It’s crazy to think that in the 21st Century, there are still people who have to walk miles everyday for such a basic commodity. Graphene has promise to unlock the door to low cost, sustainable desalination technology that can end the global water crisis.”

Professor Luke Georghiou, Vice President for Research and Innovation who led the judging panel said: “Once again we are seeing breakthrough ideas for the commercialisation of graphene coming from our brightest young minds here in Manchester, enabled by the generosity of the Harari Award. It is particularly satisfying to see the potential combination of social good and business opportunity that this year’s winner brings us.”

The award is co-funded by the North American Foundation for The University of Manchester through the support of one of the University’s former physics students Dr Eli Harari (founder of SanDisk) and his wife Britt. It recognises the role that high-level, flexible early-stage financial support can play in the successful development of a business targeting the full commercialisation of a product or technology related to research in graphene.

A series of workshops and seminars were held by the Manchester Enterprise Centre and UMI3 to assist applicants in their submission. Sebastian will receive continued support to help take the first steps towards realising this project.

Manchester’s Coolest Office Just Got Its Own Legendary Nightclub

Working parents in Wigan to be amongst first to get 30 hours of free...