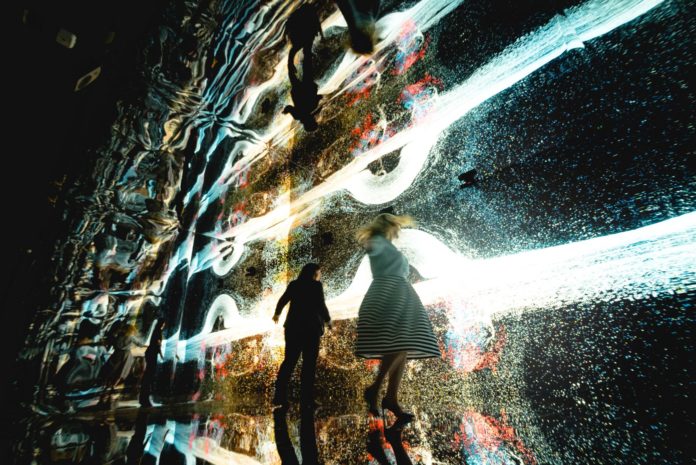 Manchester Science Festival, produced by the Science and Industry Museum, will return from 23 October – 1 November 2020. It was announced today that the theme of this year’s event is climate, and how we should respond to its challenges through three lenses: our cities; our natural world; and ourselves.

As the birthplace of the Industrial Revolution, Manchester was the catalyst for scientific innovation and unprecedented change worldwide. Now, with Greater Manchester’s vision of becoming carbon-neutral by 2038, the city is primed to influence future progress.

The theme of Manchester Science Festival 2020 was announced as part of the Science Museum Group’s major public programme focused on climate and solutions to the urgent challenges facing the world.

The programme is in support of the 2020 Year of Climate Action, which was launched by the Prime Minister at the Science Museum in London this morning. Guests included David Attenborough and the Italian Prime Minister, Giuseppe Conte.

Manchester Science Festival will be a cornerstone of the Group’s programme. From art commissions to immersive and participatory experiences, outdoor events to live debates, the Festival will inform, engage and ignite curiosity about climate change, the defining issue of the modern age. 2020’s event will also mark the first of a new biennial format.

Manchester Science Festival will open ahead of COP26, the 26th United Nations Convention on Climate Change in Glasgow in November 2020, when world leaders and 30, 000 delegates will convene to develop an international response to the climate emergency.

Sally MacDonald, Director of the Science and Industry Museum, said: “I’m delighted that Manchester Science Festival is back for 2020. The Science and Industry Museum is home to ideas that changed the world and it continues to inspire the future of scientific exploration and technological progress through its exhibitions, activities and events. The Festival is a major part of this and will provide a compelling public programme focusing on our altering climate.”

Sir Ian Blatchford, Director and Chief Executive of the Science Museum Group, said “There is no more pressing issue facing the world, and the five museums in the Science Museum Group are uniquely placed to engage a huge audience around the science of climate change, and the technological challenges and solutions around the crucial energy and food transitions we need to achieve. Our visitors are the engaged citizens and scientists of now and tomorrow”.

Sir Richard Leese, leader of Manchester City Council, said: “We are proud of our long tradition of scientific innovation in this city and Manchester Science Festival is one of the boldest, most creative and thought-provoking festivals in the country. What better way to explore the theme of climate than bring together artists, scientists, citizens, businesses and visitors to the city to play, talk and make the future together.”

Sir David Attenborough, broadcaster and natural historian, said: “The moment of climate crisis is with us and our planet needs us all to act now. The UN’s 26th  Climate Change Conference in Glasgow is a critically important opportunity for governments to act decisively – we know what has to be done to cut carbon emissions, and we can’t afford to put off a decision again because each delay makes it so much harder to avert more damaging climate change. It is also important that we all do our bit.  That is why I welcome the Prime Minister’s announcement of the UK Year of Climate Action and l hope it will galvanise real change. I also look forward to seeing how the Manchester Science Festival sparks discussion about how to protect our fragile planet.”

For more information about the Festival and  details of the programme as it is  announced, visit www.scienceandindustrymuseum.org.uk/manchester-science-festival.