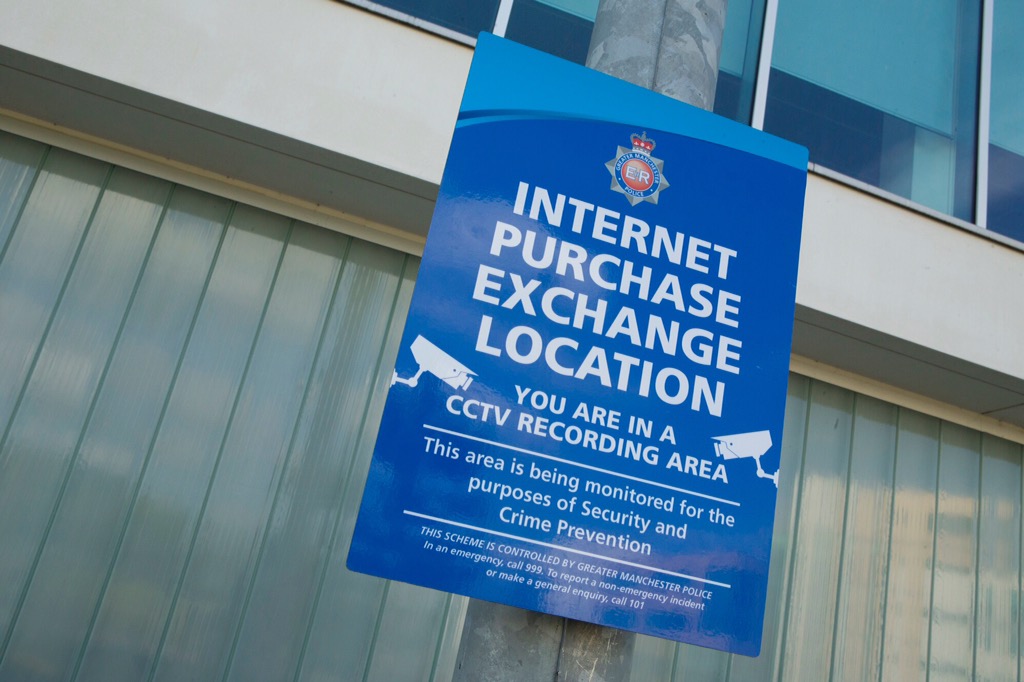 GREATER Manchester Police have become the first force in the UK to launch an innovative new scheme to prevent crime and keep people safe in an increasingly digital age.
Today, Monday 25 July 2016, GMP launched their ‘Internet Purchase Exchange Location’ scheme, a place where people who are trading goods online can meet potential buyers or sellers in a safe environment.

The concept is simple, with an ‘Internet Purchase Exchange Location’ being a designated area outside a public building or police station where people can meet to exchange money and goods following purchases on internet sites such as Ebay, Craigslist and Gumtree.

The idea is currently being trialled in North Manchester and the first sign of its type is already in place outside the North Manchester Headquarters, where it will be under CCTV surveillance.

As the number of people making purchases online increases exponentially year on year, so too does the number of crimes reported to police forces which are related to such activity.

An ‘Internet Purchase Exchange Location’, however, reduces the risk to individuals by removing the need for people to divulge their home addresses and by providing neutral ground in close proximity to police officers for people to make exchanges.

The location of the trial site can be found immediately outside GMP North Manchester Headquarters, Northampton Road, M40 5BP, and GMP hope that as the scheme is rolled out across Greater Manchester, more and more sites will become available for the public to use.

Chief Superintendent Wasim Chaudhry, Head of the City of Manchester Policing team, said: “We are always looking for ways to keep up with the times, and make our policing reflective of the people who make up our communities.

“As the number of people using online sites to do their shopping continues to rise, so does the need for such safety and crime prevention schemes.

“People who live alone, or who perhaps do not feel comfortable giving their home address to a stranger on the internet, can now arrange to meet outside our North Manchester HQ safe in the knowledge that help is close by if they need it.

“As well as providing that immediate sense of security, this will hopefully double up as a useful crime prevention tool, as those criminals who use internet sites to defraud their victims with false goods or empty boxes will think twice of doing so in full view of CCTV cameras outside a busy police station.”