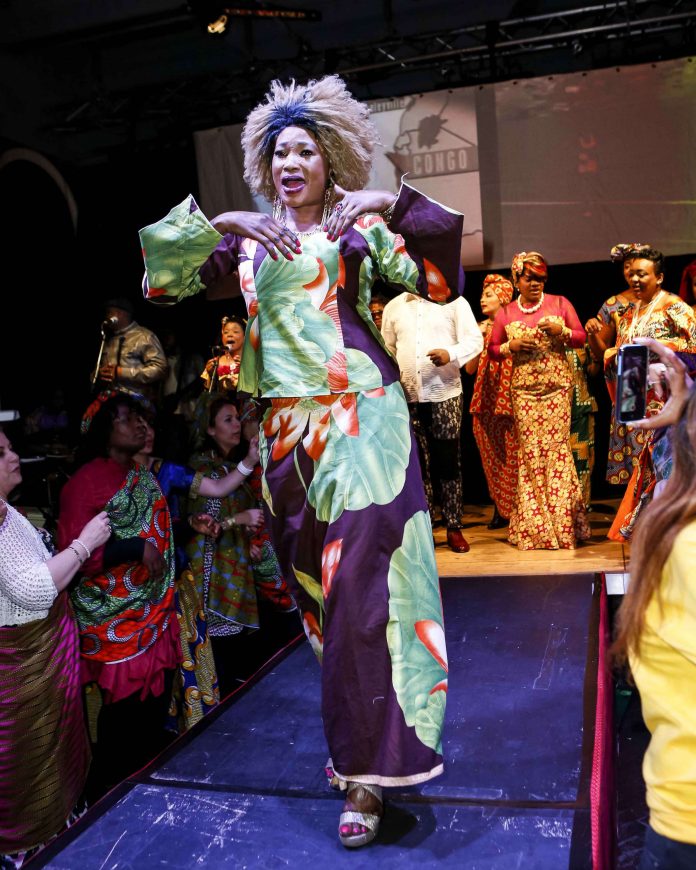 Three female artists whose lives have been re-routed by war, intolerance and persecution bring their histories, cultural traditions and aspirations to transform the public spaces of Manchester Museum in Flying Carpets, a vibrant, FREE family event on Sat 7 October 2017.

In a site specific work using spaces throughout the Museum, Flying Carpets is the result of Community Arts North West working alongside the museum to offer Iranian and Congolese artists access to the museum’s collection, then supporting the development of ideas that unravelled from their encounters.

A new commission as part of the national Journeys Festival International, three performances linked by storytelling and music promise a new way to experience the museum, even for regular visitors who feel they know it inside out.

They also offer a glimpse into diverse cultural histories and the relationship between Museum collections and Britain’s colonial past, as seen through the eyes of
three remarkable women from the Democratic Republic of Congo and Iran. Magical pre-
performance music and crafty fun awaits early birds.

For more than a decade, the singer-songwriter, Emmanuela Yogolelo has called the UK her home after escaping violence in the Democratic Republic of Congo. In defiance of traditional culture which limited women’s freedom of speech, and as a means of creative expression, Congolese women use language contained, quite literally, within the fabrics they wear. Hidden codes and messages in clothing are commonplace on Congolese streets, such as of two birds flying out of a cage being a covert message to a woman’s spouse, saying: “You fly, I fly” or “If you dont behave,dont expect me
to.”

Popular in East African countries, a ‘Kanga’ fabric would hide messages within the pattern, allowing women to conduct conversations in secrecy.

Emmanuela’s response to fabrics seen in the museum’s Ancient Worlds Gallery is to bring the vibrancy of a Saturday night in a Congolese town to Manchester setting the Gallery alight with dancing, music and the colourful, communicative fabrics of her homeland.

A former political journalist, Iranian artist, Fereshteh Mozaffari’s exile in the UK has seen her adapt her narrative and critical skills to creative writing and performance, studying at Salford University and performing as part of Manchester International Festival’s Festival in My House.

For Flying Carpets, Mozaffari reflects on the numerous treasures of archaeological exploration which reside, not only in Manchester Museum, but many others around the world and what they say about periods of Empire and colonisation at the time they were found and taken into western hands.

A show of feminine strength from the ancient Middle East, Mozaffari creates a performance to raise Ishtar, the Mesopotamian Goddess of love, beauty, war, and political power.

Mahboobeh Rajabi is a digital artist whose theatre studies in Iran at the time of the 2009 uprising, forced her to leave her home country. Now practicing in Manchester and awarded a Jerwood Creative Fellowship, which led to working with Manchester International Festival, Rajabi’s poignant depiction of a professional-dancer- turned-refugee overwhelmed by language barriers and bureaucracy is purposely set in the museum’s much-loved Living Worlds Gallery.

A grand, Victorian backdrop and home to a watching taxidermy collection, Rajabi’s work paints a portrait of a dancer,whose profession is banned in her native Iran, trapped between inflexible UK bureaucracy and her desire for freedom and self-expression.