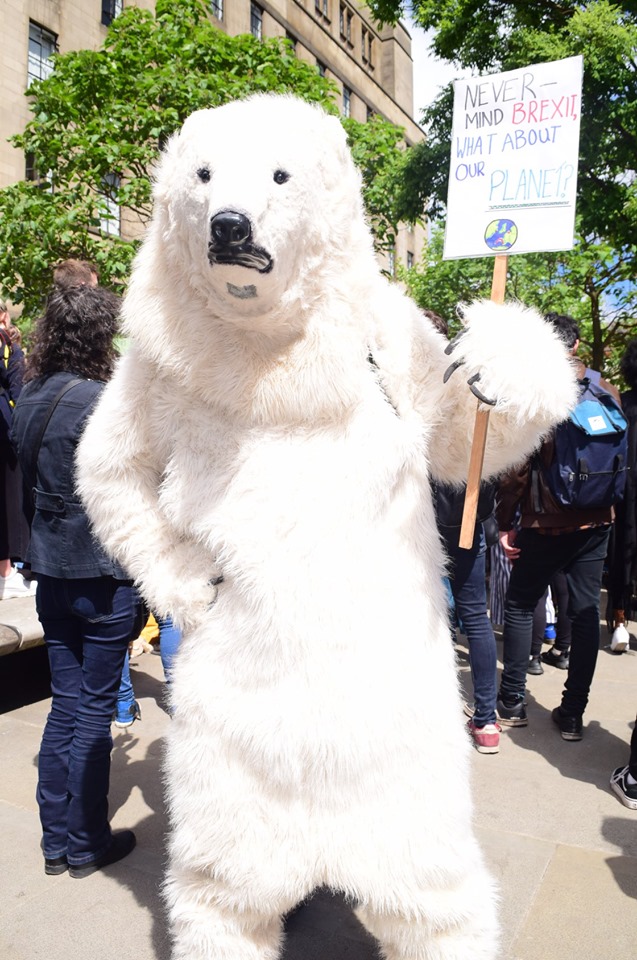 One of the organisers of Manchester’s largest ever climate change is march predicting that this Friday’s Global Climate Strike will be the city’s biggest ever eco-protest.

The Global Climate Strikes have been inspired by Greta Thunberg, and have seen school children and young people around the world staging monthly protests for radical climate action.

The Global Climate Strike on Friday 20th September is a joint response by a coalition of organisations to the young people’s call to action. The strike will see millions of protesters around the world walk out of our workplaces and homes to join young climate strikers on the streets and demand an end to the age of fossil fuels.

In Manchester, people will start to gather in St Peter’s Square from 10AM, with a number of feeder marches converging on Manchester Central Library for 1PM, when there will be a march through the city centre. Kate Green MP will be attending.

The Manchester Greenpeace Group has been rallying support for the event, and asking members of the public to sign a petition calling on the government to declare a Climate Emergency, at events over the summer, including Envirolution and Wigan Diggers festivals. The group has also been speaking to members of the public about solutions to the climate crisis, often accompanied by Sami, their climate change fighting polar bear.

Martin Porter, coordinator of the Manchester Greenpeace Group, said “This all started with school children, but you don’t have to be a youth, or on strike, to take part. In September 2014 I helped organise the People’s March for Climate in Manchester, when more than two thousand people called for action on climate change. That was the largest climate change rally the city has seen so far. However, I fully expect that record to be broken on Friday.“