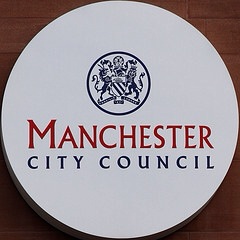 A rather worrying report from Ofsted on Manchester City Council’s childcare services has been released.

The report that covered the period from the 25th June to the 11th July this year found that its overall judgement was that children’s services are inadequate and that Manchester is not yet delivering good protection, help or care for children, young people and families.

In a summary of its finding’s the inspectors found that a large number of cases (486) which had waited a considerable time for a social work assessment resulting in a significant number of children not being seen or having their needs assessed or recorded.

Too many children, particularly Black ethnic minority children, were waiting to be adopted, some chad not been adopted despite a plan for adoption and the pace of improvement in the service was too slow.

The Inspectors recommended a review of the number of cases held by all staff, including newly qualified staff, to ensure that caseloads are manageable and that staff have sufficient time to plan and action their work as well as ensuring that there was the correct number of suitably qualified staff.

At the last inspection in 2010, services for children were judged to be adequate in 2010. Since this time, the inspectors found that there have been improvements in some areas but overall the standard of practice and management oversight has resulted in a reduction in the quality of social work services to children and young people.

Mike Livingstone, Director of Children’s Services for Manchester City Council, said: “We fully accept that services for children in the city are not yet as good as we want them to be.

“Our absolute priority now, as it always has been, is to ensure the continued safety and well-being of children and young people in the city.

“However while we acknowledge that services need to improve, we are confident that children who are at risk of harm are properly protected.

“No evidence was found that young people are not safe in this city. Ofsted’s judgement that children were at potential risk of harm was largely based on a backlog of social work assessments. Since the inspection this backlog has been eradicated for good. We have also reduced the number of cases that need to be dealt with by our social workers.

108,152 children and young people under the age of 18 years live in Manchester.They make up twenty one of the total population and thirty six per cent of them live in poverty.

Children and young people from minority ethnic groups account for forty nine of all children living in the area, compared with twenty one per cent in the country as a whole.

Almost twice the number of Manchester children qualify for free school meals as across the country as a whole.

At the end of March this year 5,349 children had been identified through assessment as being formally in need of a specialist children’s service and 920 children and young people were the subject of a child protection plan.

The council have also made clear that things have improved since the inspection.A further statement by Mike Livingstone says that

“The pace of change is already accelerating. Since the inspection in July we’ve cleared the backlog of social work assessments and taken steps to ensure it can never happen again.

“We have made a start on safely reducing the number of cases that need to be dealt with by our social workers. For example, the introduction of a dedicated Children in Need service in north Manchester has moved 250 cases away from our Social Workers This service is delivering evidence based interventions that have worked in our troubled families programme. This specialist service is now being expanded to cover the whole of Manchester.

“A new multi-agency team, made up of two social workers, two GMP officers and two health professionals, has begun assessing the around 500 domestic violence notifications a month from the police. This is the first step towards the establishment of a full Multi Agency Safeguarding Hub (MASH) The MASH will deliver partnership assessment and decision making to support the best possible decisions being made around risk and support.

“We have also improved the early assessment of cases by placing two social workers within the council’s Contact Centre. We are also providing increased management oversight of cases coming in out-of-hours. Improving assessment at the ‘front door’ has led to a substantial reduction in child protection referrals.

“Adoption rates have been improving. In six weeks we have reduced the gap between children waiting for adoption and adopters by accelerating our matching of children to adopters, and placing more children with voluntary adoption agencies.

“While we had already identified, and were working on the issues raised by Ofsted, we fully recognise that change needs to take place quicker. A task force has been established, made up of senior officers of partner agencies including GMP and the NHS. The task force will be critical in driving forward further improvements.”

Pay for Assignment Help in Programming and Reap Great Benefits