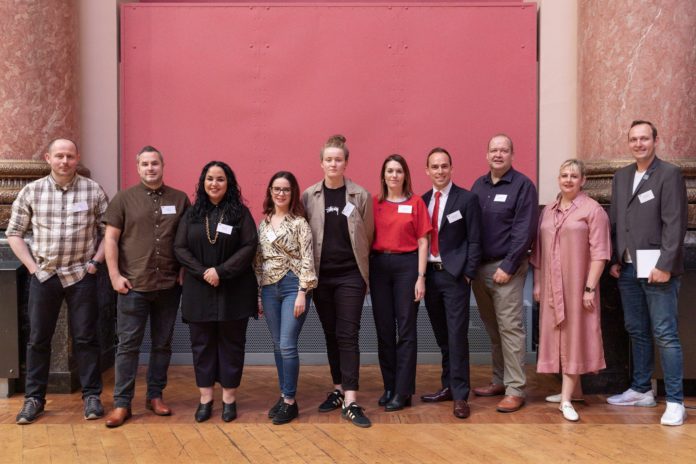 The winners, across 13 categories, were announced at an Awards Breakfast held last week at the Royal Exchange with Manchester radio DJs Debbie Mac and Rachel Burke-Davies on hand to present the winners with their awards.

Scooping the award for Advised Customer Service was Kuoni Travel on King Street, while the Jewellery award went to Arthur Kay on Market Street. Apple in Manchester Arndale took top spot in the Technology category, with Castle Art Gallery picking up the award in the Home & Lifestyle category. In Food & Drink, YO! Japanese Street Food & Sushi in Manchester Arndale took home the award for Dining and Café Nero on Market Street for Food & Beverage.

The independent mystery shopping survey of more than 320 city centre stores and restaurants, conducted by North West based market research company, Storecheckers, also revealed exceptional levels of customer service across the city centre as a whole, with businesses achieving an average score of 83%. 134 stores and restaurants received scores of over 90%, with 30 of these scoring a perfect 100%.

Phil Schulze, Manchester BID Manager said: “As one of the UK’s top three destinations for international and domestic visitors, delivering exceptional levels of customer service across the city centre is paramount.

“These latest results are a real credit to the city centre with over a third of the stores and restaurants surveyed scoring ‘outstanding’ marks of over 90%. From popular high street shops and department stores to independent cafes and boutiques, businesses across the board were assessed on a level playing field and we’re delighted to recognise their commitment to delivering excellent customer service.”

BID’s are precisely defined geographical areas where businesses work together and invest in agreed services, projects and special events and are financed by a levy made on the basis of rateable value.

Since 2013 Manchester BID has masterminded and delivered major city events including the award-winning summer festival Dig the City, The King Street Festival and Halloween in the City which in 2018 helped boost retail sales by up to 27% and saw footfall in the city centre rise by 15%.

The BID also works with city partners to upscale and evolve existing events, bringing in footfall and increasing sales for retailers and venues. These include Manchester’s Chinese New Year celebrations – now widely acknowledged as the biggest celebrations in the UK outside of London – and dedicated student events in partnership with shopping centre Manchester Arndale. Six pillar events are now delivered by Manchester BID annually, contributing to the city’s continuous footfall growth of +4.8% over the last five years, outperforming the UK average of -1.3%.

The BID, now in its second term which will run until 2023, continues to deliver a public events programme, alongside operational and security support for businesses, public sector lobbying and initiatives with the tourist board Marketing Manchester to promote the city as an increasingly global destination.

MPs call for a ‘complete reset’ of music streaming to fairly reward performers and...