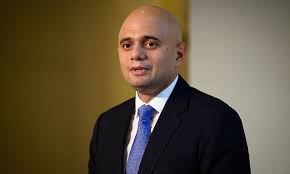 The new Home Secretary Sajid Javid was born in Rochdale.

Tory MP for Bromsgrove, Sajid Javid was appointed following the resignation of Amber Rudd last night. His father arrived in the country in 1961 from Pakistan with just a pound in his pocket but his readiness to work all hours as a bus driver earned him the nickname ‘Mr Night and Day’.

Javid was born in 1969, one of five brothers but at the age of four, the family moved to Bristol where his father took over a ladieswear shop and the two bed roomed flat above it.

He attended state schools before winning a place at Exeter University to study Economics and Politics and joined the Conservative Party in 1988.

His career started in the city of London and at the age of twenty five and based in New York, he became a Vice President of Chase Manhattan Bank.

He was later headhunted by Deutsche Bank in London to help build its business in developing countries. He left Deutsche Bank as a senior Managing Director in the summer of 2009 and was given the opportunity to stand as a Conservative candidate when the sitting MP in Bromsgrove, Julie Kirkbride, stood down amid controversy over her own expenses and he was selected as Tory candidate. He won with an 11,308 majority.

He was moved to the department of Culture, the following year where he remained until the Brexit vote and resignation of David Cameron when he was appointed Secretary of State for Communities and Local Government

Army of personal assistants in care needed amid regional shortage