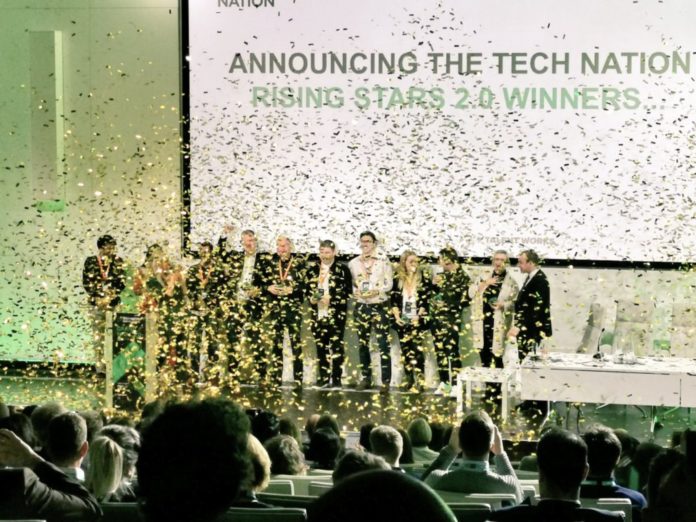 Manchester-based tootoot has been chosen as one of the ten winners of Tech Nation’s Rising Stars, the UK’s national early-stage tech scaleup competition.

The Rising Stars competition is the only national early-stage tech scaleup competition in the UK and is designed to showcase the most exciting companies at Seed to pre-Series A funding from all areas of the country. Tech Nation’s Rising Stars are on track to become the world-leading tech companies of tomorrow – the UK is a world leader in producing successful tech companies, and is now home to 77 billion-dollar businesses, double that of Germany and almost four times as many as Israel.

The final 10 winners were revealed at the Rising Stars Grand Final in London last night which was the culmination of a nationwide search that saw the 33 regional winners revealed in November, followed by the Semi-Final in Manchester last month where a panel of judges whittled the finalists down to 20 companies.

“We are delighted to be putting the North on the map! We are on a mission to make organisations happier and safer places around the world and having just secured our first VC seed investment, we are excited to launch our new SaaS platform for Enterprise and SME.”

The competition’s prize package has been built in response to the challenges which are faced by companies at this stage of growth, for instance, access to networks and platforms for the promotion. The prize package and the competition itself aims to raise the profile of the winners nationally and internationally. It includes one-to-one support, introductions to potential partners and investors and support from the programme partners, BDO Drive, Microsoft Advertising, Soldo, Talent Works International and TLT LLP.

Previous Rising Stars winners include Tickr from Liverpool who went on to raise £1m through the Seedrs platform, SeedLegals who went on to raise Series A funding of over £3m led by SeedCamp and Kima Ventures, and Tended who raised £1.4m from Blackfinch Ventures and Minerva Angel Business Network. Other companies that took part in Rising Stars 1.0 have gone on to join Tech Nation growth programmes, including Kani and Heliocor who joined Fintech 2.0, and People Matter Technology who joined Tech Nation’s first Applied AI programme.