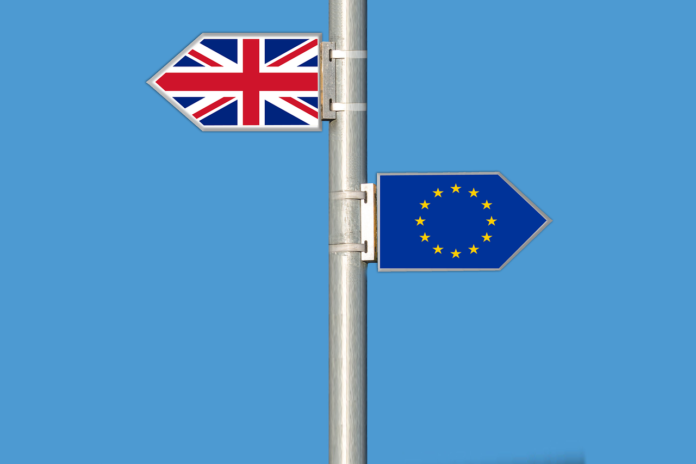 A large number of start-ups around the UK, particularly in business hubs such as Manchester, are beginning to express concerns about the imminent official fracture from the European Union. So much so that about 25% of all start-ups stated that they had the intention of establishing an EU outpost before or after the break.

Not enough has been done to ensure that the transition goes smoothly, and while some resources have been made available, the prospect of a chaotic no-deal Brexit is becoming increasingly likely. Concerns about talent recruitment and retention, freight, movement of merchandise, tariffs, and trade agreements are all warranted, and the government’s inability or unwillingness to discuss details is adding fuel to the fire. Here are some of the biggest fears start-ups have about the Brexit.

According to a study by Silicon Valley Bank on the outlook for start-ups in the country, about 82% of those surveyed said that talent management was the main area of concern for start-ups as far as public policy goes, followed by international trade and cybersecurity, at 46% and 36% respectively.

Out of these companies, a concerning 95% stated that they were experiencing difficulties in finding and attracting talent with the skills and expertise needed to grow their operation. Still, most of them said that they were intending to extend their workforce.

The study, which involved interviewing 1,000 start-up executives and founders also found that about 14% of them were thinking of relocating their headquarters to the EU.

There is Already a Shrinking Effect on the European Talent Pool

HR departments have already started feeling the crunch as the pool of available talent from the EU is rapidly shrinking, which should come as no surprise. And this does not including the massive exodus of EU workers who currently reside in the UK. As a matter of fact, this year has seen the highest number of EU workers leaving the country since 1997, with 132 000 in total. The number of vacancies in the country is now at a record high, with over 800 000 unfilled positions at the time of writing.

Jake Schofield, CEO of Labstep, who provide digital lab management software, is concerned that Brexit will affect their ability to recruit high-calibre individuals especially as most of their team originate from outside of the UK. Currently, individuals across Europe can freely move and work as they please without needing to apply for VISA’s, however, free movement may end after Brexit.

A few things will be certain for HR departments moving forward. For one, they will have to become more creative than ever if they want to be able to retain and attract top talent. They will also have to deal with new legislative changes and all the compliance work that comes with it, and workforce management will have to become a priority.

This Could be Good News to Workers

Some good news, however, is that workers may end up benefiting from this. As per the law of supply and demand, a smaller workforce will demand better pay, and this is already leading to higher wages. As a matter of fact, total pay rose by 3%, and basic pay by 3.2% since Brexit.

One of the industries that could be severely affected by Brexit is the life science industry. This is one of the biggest sectors in Manchester, which is home to companies such as Elucigene and the Centre for Antimicrobial Resistance. Businesses such as these are dependent on just in time deliveries, and uncertainty about the customs situation could affect the progress of cutting-edge research projects.

Dr Stewart Newlove, Managing Director at Antibodies.com, an online vendor of life science research tools, is concerned that Brexit, and in particular a no-deal Brexit, will limit their ability to trade within Europe if not preventing it entirely. He commented “as a small UK business, we do not have the means to relocate to Europe, however, most of our customers are currently in mainland Europe. Unfortunately, Brexit and the terms on which we trade with Europe will significantly affect our business and our livelihoods”.

Companies like these rely on the free movement of merchandise to exchange material from various suppliers in and from the country. One of the biggest issues is that the break could lead to all sorts of regulatory conflicts between regions, and some might be forced to only work with certain suppliers. It is difficult to predict how much of an effect this could have on scientific research projects, which might be delayed or abandoned altogether if their required materials do not arrive on time.

Inventory buffers will have to be put in place to ensure delivery, costs will rise, and we can expect longer lead times as well. But the biggest issue remains the uncertainty of the whole situation, and how businesses will have to cope with it.

Fundraising is an Issue as Well

A lot of companies are starting to be concerned about their ability to raise funds in the future as well. In the Silicon Valley Bank study, about 47% said that they expected their funding to come from venture capital, which is down from 56% a year before. 72% of the people asked said that the fundraising environment was already presenting them with challenges.

While the UK is still Europe’s VC capital, Brexit could end up eventually threatening its dominance. For the first half of the year, over 60% of the total venture capital invested in Europe ventures was from UK firms, which can be largely attributed to the recent rise in mega rounds this year. But we can expect these opportunities to start to shrink after the official break.

However, concerns about supply chain management loom large, and issues like tariffs will have a direct impact on profitability. This could deter many foreign VCs from investing in UK companies. Issues concerning talent and development will also be a concern. After all, why would a tech VC invest in a market with limited talent where they could benefit from the massive tech talent pool the EU still offers.

Many Start-ups are Still Realistic

But even with all these uncertainties, start-ups remain largely optimistic about the future. While some are considering the idea of moving their operations, the wide majority still have faith in the local market. And the government does seem to be trying to alleviate some of their concerns. As a matter of fact, the government recently announced that it will be increasing the number of visas for technology specialists to help deal with the shortage of high skilled workers trying to enter the UK from the EU.

There is no doubt that the Brexit will have far-reaching consequences on the movement of merchandise, workers, and regulations. But it is the uncertainty surrounding the whole issue that might be the biggest threat. More will have to be done to reassure local start-ups and allow them to start working on solutions.