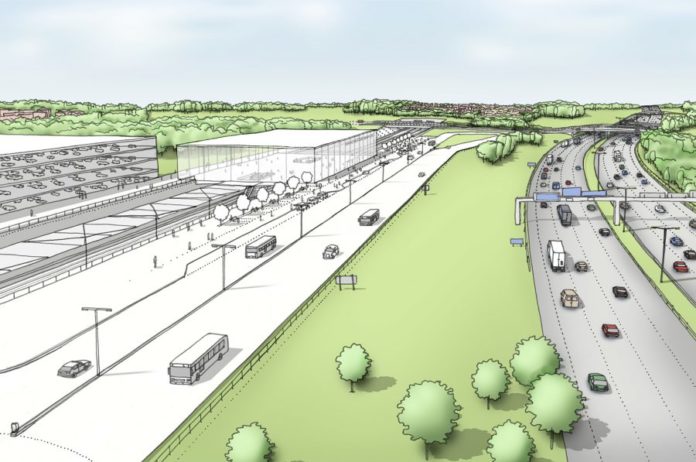 During the discussion, the two leaders talked about the potential for a new station at Manchester Airport to bring together HS2 and Northern Powerhouse Rail (NPR) services to help spread the benefits of high-speed rail connectivity across the North.

They also discussed how to maximise the potential for economic growth that HS2 brings, connecting the North and South of the country quicker and with more passenger capacity. In particular, MAG would like see work on the northern leg of HS2 accelerated, to allow the benefits of better connectivity in the North to be felt much sooner.

Both HS2 Ltd and MAG recognise that providing quicker and easier access from across the UK to the country’s third largest airport will bring huge benefits for millions of business and leisure passengers and enable them to take advantage of an expanding network of global connections. The integrated HS2/NPR station will bring more passengers within reach of Manchester Airport and therefore increase the number of new long-haul routes – improving access to global markets for businesses in the North’s highest potential sectors.

The station would also serve the wider North-West, providing people working and living in the area with access to high-speed rail services across the region and to London, without having to travel to Manchester Piccadilly first.

Mr Cornish is currently chairing the Manchester Airport Station Board, working with HS2, the Government and other stakeholders to agree plans for a station that will help unlock wide-reaching benefits for the North and the rest of the UK.

As well as recognising the standalone benefits of the North-South connection, HS2 has a critical role to play as a facilitator of NPR, which would maximise connectivity across the whole of the North to cities such as Leeds, Liverpool, Bradford and Sheffield. Both HS2 and MAG recognise the need for both of these lines to be delivered, connecting at a new hub station at Manchester Airport to improve connectivity both North to South and East to West, and that the full potential of each scheme will be maximised by taking an integrated approach.

“The positive discussions we’ve had today demonstrate the benefits we all see of having improved rail links to the North. A hub station at Manchester Airport will be vital, helping us expand further our network of international routes, which connect people and businesses to destinations all over the world, attracting inward investment to the Northern and UK economy.

“What we need to talk about now is how we’re going to ensure this HS2 line will link up with Northern Powerhouse Rail to ensure the whole of the North can benefit, of which the Manchester to Leeds line announced by the Prime Minister a couple of weeks ago is just the start.

“It is imperative that both of these lines are delivered, connected by a hub station at Manchester Airport, to ensure the benefits of both lines are available to the widest section of the North’s population and business community. The HS2 line to Manchester will be an important milestone in the journey to creating better transport links, and vital to rebalancing the UK economy.”

“HS2 is a once in a generation opportunity to better connect the North to the Midlands and bring Britain together. By building HS2, we move intercity trains on to our new railway enabling more local commuter trains to run across the region. Our trains, which will stop at the new Manchester Airport station will be quicker, more reliable and allow more passengers across the country to use the Airport.

“HS2 also has a crucial role in delivering Northern Powerhouse Rail’s plans and will act as the backbone for the integrated rail network the North deserves. We will build the infrastructure needed to enable faster and more frequent services between Liverpool, Manchester Airport and Manchester.”

Long-Bailey-“I never intended to cause hurt to anyone”