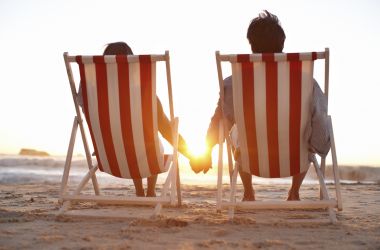 Increasing the wages of workers and giving them more time off to spend them is key to raising the UK’s productivity, according to new research from the New Economics Foundation (NEF) published today.

The Think Tank say that the research shows that if the government is serious about productivity, it must now also look at the demand-side of the economy as well, the level and nature of spending across the country.

The report calls for a package of demand-side measures including the creation of a working-time commission to increase holiday entitlements for workers, and to give the Low Pay Commission a new mandate for further sustainable increases in minimum wages.

Weak demand can affect productivity through the behaviour of firms. Firms that are confident in strong demand will invest now to increase efficiency tomorrow, raising their productivity and reaping the benefits over the longer term. But when demand is weak, firms reduce investment and rely instead on cheap labour that can be shed quickly if demand doesn’t improve. As a result, productivity stays lower for longer.

The new findings, using data from the Office of National Statistics (ONS) and Office for Budget Responsibility (OBR), show that the evidence for the UK points to a lack of demand contributing to slow productivity growth. The evidence shows that since 2012, firms have increasingly relied upon cheap labour to deliver goods and services rather than investing in making their businesses more efficient for the long term. NEF’s analysis shows that the proportion (relative to all workers) of zero-hour contract employees, self-employed workers and one-person micro-companies has grown by two fifths since before the financial crisis. And the corresponding lack of investment by firms now explains at least 25% of the UK’s gap in productivity with the historical trend.

This report therefore argues that, alongside continued supply-side interventions such as in corporate governance, industrial strategy and finance, demand needs to be increased significantly over the short-to-medium-term in order to restore productivity growth.

“For more than 10 years now, economists and policy makers have sought to solve the UK’s productivity crisis from the ​‘supply-side’ – intervening to change the way we make goods and deliver services in the economy. It hasn’t worked. Average productivity, wages and living standards have experienced their worst decade in almost two centuries.

“It is increasingly clear that weak demand has been the overlooked problem. The issues include many that are deep and structural, ranging from austerity and high levels of inequality to an ageing population and uncertainty over the UK’s trading future. With or without Brexit, the policy response needs to be equally transformative.

“Raising demand by putting more cash in the pockets of the UK’s poorest workers, while giving people more paid time off from work to spend it, should now be part of a radical mix of options for any government that is serious about increasing productivity in a way that works for people and society.”

UK economy will shrink by 30% during the lockdown, and not return to the...