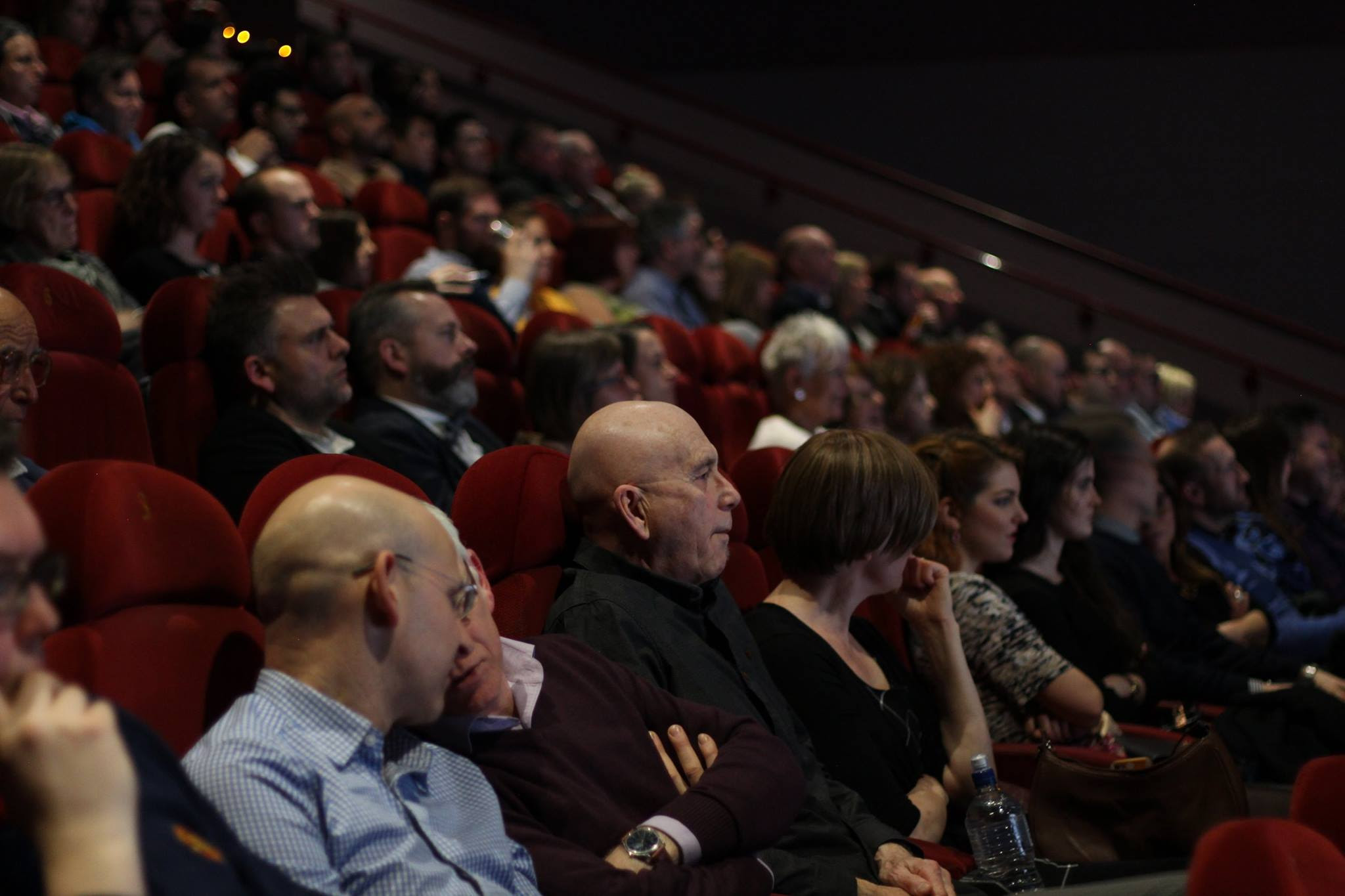 The Manchester Film Festival 2016 kicked off in style, was full of substance by half time and ended with glory at the final whistle. The promise of bringing new and exciting films from the world of independent cinema was delivered with the accuracy of a David Beckham cross.

Over the 3 day weekend Manchester crowds, film critics and film-makers witnessed a net full of diverse films to savour and remember. Opening night was packed to the rafters with the AMC looking more reminiscent of a premier league football ground than a local cinema multiplex, with film-makers from every corner of the globe mixing and milling in the crowds of film fans looking to get their first chance to catch the never before seen films.

DENNIS VIOLLET – A UNITED MAN was presented expertly alongside a strong shorts package that include eventual winner of best UK short BREAK starring sir john Hurt. The two tiered cinema was crammed full of excited and enthusiastic individuals, including footballing legends such as Dennis Law, who received all the films with warmth and appreciation which was further confirmed with a receptive and informative Q and A from all the film-makers. While the atmosphere was pumping from the electric opening, over at HOME the festival introduced itself with Swedish coming of age tale THERE SHOULD BE RULES starring  ANNA HÄGGLIN,  who also went on to win best actress of the festival. The cocktail of films that were showcased at the opening night gala were just a subtle taste of the eclectic mix of what was to come and once the after party celebrations at the glorious Hilton Cloud 23 eventually simmered down it was clear that Manchester was in for a bubbling weekend of cinema celebrations.

The first full day of the fest was billed as ‘Surprise Friday’ and over at the ODEON PRINTWORKS nothing missed its target with unknown features such as award winners MADE IN TAIWAN and PSYCHOANALYSIS making their world premieres to outstanding audience and critical reactions, displaying once again that ManIFF is a serious festival to reckon with when it comes to curating a programme of new and well-crafted stories. In addition to the excellent films, all kinds of interesting workshops and talks were happening over at the Chambers of commerce, and continued to do so throughout the weekend’s events and many parties.

Day two was ‘Music Saturday’ and by 4pm in the PRINTWORKS it was clear that once again the festival was going to strike the right note with an awesome performance by Vince Giordano and Mart Rodgers, the former being the subject of the award winning world premiere of VINCE GIORDANO-THERE’S A FUTURE IN THE PAST. Revellers were treated with sounds of the 20’s to a standard never before heard in Manchester, as the Brooklyn based Jazz genius stomped, swung and swooned. Not to be out done by all the swinging another world premiere LUNAR ORBIT was presented by the groups very own Alex Paterson to an appreciative dance audience late into a familiar after hours evening. Speaking of appreciative audiences a surprise visit from ex gossip girl star Penn Badgley added further excitement to ‘Music Saturday’ as the US actor took time out from a tour of his band MOTHXR to give an informed view of his outstanding performance in the international premiere of PAPER STORE. While music was ringing in the ears over at the ODEON the AMC was buzzing with crowds as once again screening after screening of outstanding shorts were sold out, with the film’s directors and stars informing audiences at insightful Q and A’s that included films such as the brilliant RUMBLE, the red hot FIRE and award winning DEBRIS.

One final leg to get through and Sunday certainly didn’t run out of steam in injury time as numerous interviews with all the women filmmaker’s of the festival were staged at Elliot House to celebrate inspiring women in film, this contrasting against the back drop of sports films at the AMC once more highlighted how diverse the festival was in its programming and inclusive hospitality throughout. ‘Sports Sunday’ and every-day at ManIFF felt welcoming as both a filmmaker community and film loving gathering, with films such as WEST OF REDEMPTION and DENNIS RODMAN’S BIG BANG IN PYONYANG being the ultra-contrasting highlights of a final day that climaxed with a genuinely heartfelt closing awards ceremony that not only awarded the best in competition but also closed a truly independent film festival with humble style. An unusual and superb parade of the festival flags from the awards at the ODEON across the city to an almighty closing night party at ARTISAN was the perfect ending to a great international event for Manchester and its film loving citizens. The main champion of the night was French film THUGOCARCY directed by  Fabrice Garçon  and Kévin Ossona, picking up four awards including best actor for the sensational Salim Kechiouche and the big worker bee trophy of film of the festival.

So as the taps turn off on the communal bath that was ManIFF2016 and both organisers and participants towel themselves down from the blood sweat and tears that were portrayed brilliantly on every screen, one thing is a sure bet…this Manchester Film Festival isn’t getting relegated anytime soon. #17 is already in training, same again next March for another champion’s league of film.