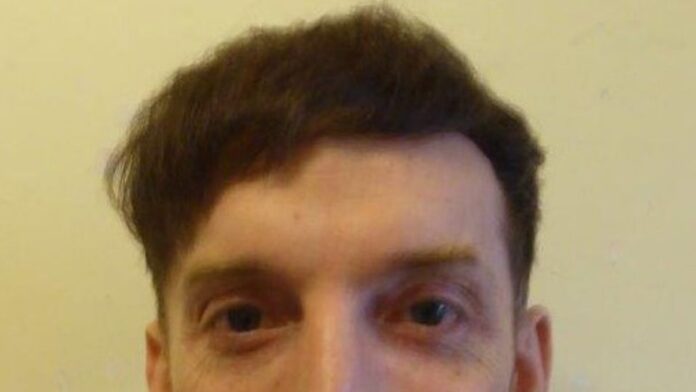 The leader of a firearms and cocaine network who fled the country before being captured in Dubai has now been jailed.

Leon Cullen obtained a false passport and used it over a two-year period after fleeing the United Kingdom in January 2018.

A significant policing operation resulted in detectives from the Serious and Organised Crime Unit uncovering the identity he was using to travel and he was detained on an international arrest warrant in Dubai on in January 2020.

The 33-year-old was extradited from the United Arab Emirates and brought back to Cheshire in February 2021.

Leon, previously of Honister Avenue in Orford, fled after detectives uncovered the criminal enterprise he was operating alongside his twin brother Anthony.

The business was centred on supplying cocaine and firearms to other organised crime groups across the North West. The brothers would operate through the use of violence in order to intimidate and exert control towards those they believed had crossed them as well as to enforce debts.

The pair used a front business, Future Press Ltd, to launder money profited from their drugs network. Between June 2016 and January 2018 detectives believe more than 50kg of cocaine was supplied to dealers in Cheshire, Bangor in North Wales and in the North East.

Police also seized a total of £205,680 cash and 2 1/4kg of a kilo of cocaine during a series of strikes as part of the 18-month covert investigation.

In July 2017 their attention turned to the supply of weapons. Leon was in direct contact with an associate in Liverpool in relation to the transfer of hand gun and ammunition.

The brothers had ultimate control and direction of a functioning AK-series rifle, a pump-action shotgun, automatic pistols and revolvers as well as a silencer that was fitted to one of the automatic handguns. All of the guns were working firearms complete with ammunition.

They used Christopher Houghton as their ‘armourer’ and made decisions as to how the weapons and ammunition were to be used, stored and facilitated. It is believed the weapons could have been accessible to intimidate others, fired as part of criminal activity or for the sale or transfer to other criminals.

On 27 July 2017 five of the guns including ammunition were recovered hidden in the loft of a house on Rylands Drive in Warrington.

A further gun was found along with two bullets in a wicker basket at the foot of a bed, which was believed to be the replacement hand gun and ammunition to replace the gun recovered by Police in an address in Oxford Street, Warrington only 24 hours earlier.

At least one of the firearms – a self-loading pistol – had been used in a shooting at a house on Rose Avenue in Liverpool on 20 August 2015. A round was fired into the living room while the occupant was present.

Anthony was arrested on 10 January 2018 along with 19 of his and Leon’s associates. They were jailed a year later for a total of 185 years – Anthony was given a 27 year sentence.

Detective Chief Inspector Mike Evans, from the Serious and Organised Crime Unit, said: “Leon operated a network that was wide spread and included the supply of cocaine and firearms to other organised crime groups across the North West.

“When he fled the country in 2018 a significant policing operation began that was built on information from the local community, along with other sensitive networks, that centred on uncovering the identity that he was using to travel.

“Once we knew the details of the false passport that had been sought to him from his associates it was then easy to narrow him down to the United Arab Emirates.

“All of this came from really good police work. Once we had the identity he was using we were able to work with other law enforcement partners, the National Crime Agency and authorities in the United Arab Emirates, to establish where he was using those details, which led us to the arrest.

“Leon was the leader of the organised crime group alongside his brother Anthony but we know there are still people in the community who are close to him and are continuing his criminality.

“My message to those people is we will come for you. We will take the same action that we have taken against Leon and Anthony because we are determined to make Cheshire really hostile for those involved in organised crime and we will continue to work relentlessly to achieve that.”

Man and teenager arrested after vicious attack on woman with machetes in Leigh during...