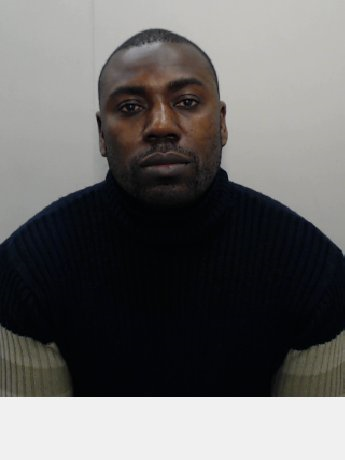 A man who posed as a taxi driver and drove his 25 year old victim victim to his flat and raped her has been jailed today for 12 years after being found guilty of raping her back in January 2018.

Ernesto Lusadisu aged 35, of Sawley Road, Miles Platting, was found guilty at a trial at Manchester Crown Court in November to one count of rape and sexual assault by penetration.

The court heard how, in the early hours of the morning on 21 January 2018, Lusadisu approached the victim on Church Street in Manchester City Centre and told her he was a taxi driver.

The victim had become separated from her friends after a night out and was heading towards Manchester Piccadilly station to get a taxi home.

The woman was intoxicated and unsteady on her feet, the court heard.

Lusadisu walked her to his car and agreed to drive her home.

The victim urged Lusadisu to stop driving upon realising that he was heading in the wrong direction. Instead, he told her that he was taking her to his home address.

The court heard how, once outside his address on Sawley Street, he dragged the victim to his flat where he raped her.

The victim managed to get away and alerted a resident in a nearby flat who alerted the police.

“Instead, he lied and took advantage of her by abusing her in one of the worst ways possible. It is only right that Lusadisu remains behind bars for 12 years.

“I would like to thank the victim for her cooperation through what must have been an incredibly gruelling and tough investigation.

“While she may never be able to fully move on from this awful incident, I hope that today’s sentence will bring some form of closure to an incredibly tough period in her life.”