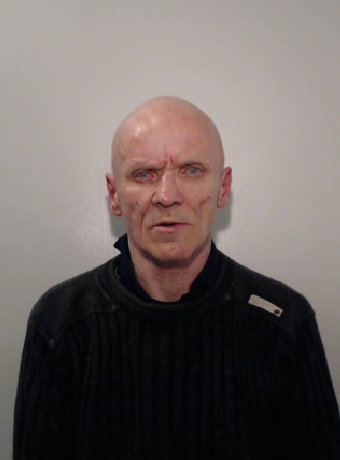 A depraved rapist has been jailed for over 20 years for committing numerous sexual offences against two people.

Andrew Timblin aged 60 of  Greenhill Street, Stockport was sentenced today, at Minshull Street Crown Court to serve 21 years in prison after being found guilty of six counts of rape, four counts of indecent assault and two counts of assault.

During the course of a nine week trial the court heard how Timblin had known his first victim since she was a young age then began the abuse when she was 17 years-old.

Between January 1998 and December 2004 he would go on to rape her on a number of occasions, often viciously beating and injuring her if she ever tried to put up any resistance.

In 2014, ten years after he lost contact with his first victim, Timblin targeted his second victim, a 14-year-old girl.

On three occasions between June 2014 and November 2014 he found himself alone with the girl and despite her objections and pleas for him not to attack her, Timblin would overpower and brutally rape her each time.

At the conclusion of the trial, Judge Lewis praised both victims for the bravery they had shown coming forward and assisting the investigation.

He also remarked that Timblin was “depraved” and had “taken away the childhood” of his victims.

Speaking after sentencing, Detective Inspector Gina Brennand of GMP’s Stockport borough said: “Timblin is a vile character who preyed on two vulnerable people and brutally attacked them to satisfy his own sickening urges.

“His actions were nothing short of evil and it brings me and the investigation team great satisfaction to be able to say that he has now been brought to justice and given a sentence that reflects his depravity.

“Although what he did to his victims will stay with them for the rest of their lives, I hope that the result here today will bring them some sort of comfort to know that they have helped take a violent predator off the streets.

“This result would not have been possible without them and I would like to pay tribute to them for the phenomenal courage that they have shown in coming forward and assisting the investigation.”