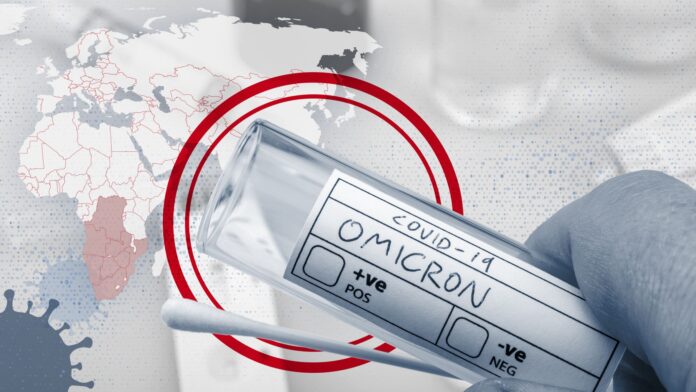 The early indications are that the Omicron variant of coronavirus is more transmissible than Delta, the prime minister has said.

The prime minister said it was too early to draw conclusions on the characteristics of Omicron but early indications were that it is more transmissible than Delta.

But the spokesman said there was no debate around the cabinet table on whether to introduce ‘Plan B’ of the government’s plans to control the virus this winter.

The UK has reported a further 101 confirmed cases of the Omicron variant, the UK Health Security Agency said on Tuesday, taking the total number of cases across the country to 437.Of the 101 new cases, 72 were confirmed in England, 28 in Scotland, and one in Wales.

In Scotland First Minister Nicola Sturgeon has urged employers to ensure that all staff who can are working from home until the middle of January, telling people to do a lateral flow test “on every occasion” they intend to mix with others over the festive season, whether at work, socialising or going shopping.

The prime minister’s official spokesman said: “We are obviously looking at incoming data on the Omicron variant” but “our position remains as set out, with the limited number of restrictions we have introduced so far”.

Asked whether it was a proportionate response, the spokesman said: “It’s entirely in their gift, as has always been the case for devolved administrations, to make a judgement on what they believe is best.”

Unequal Britain-New report sees society becoming increasingly “us and them”