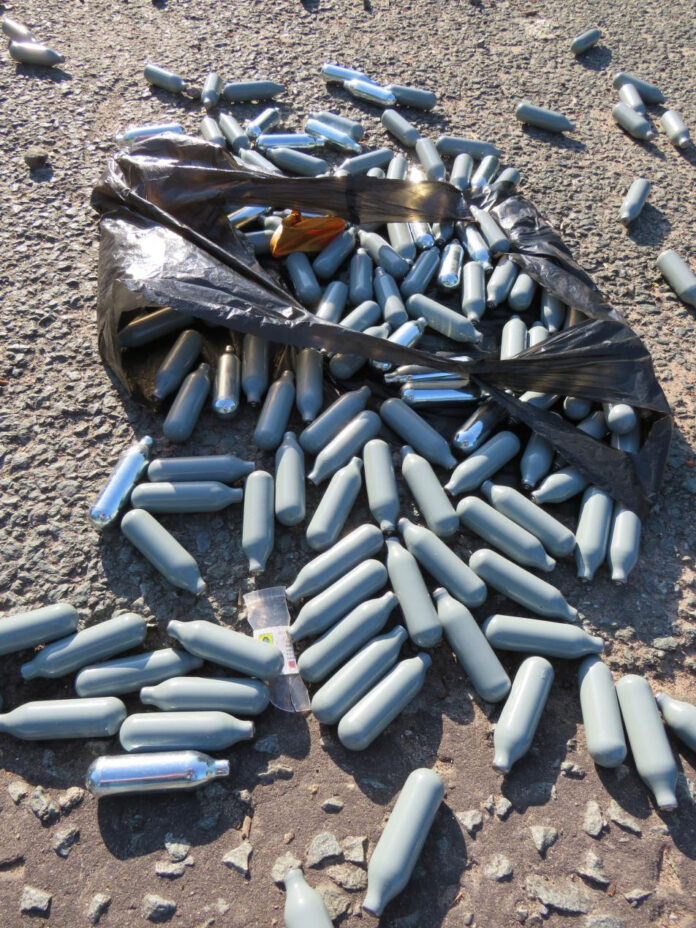 A man has been successfully prosecuted by Salford City Council after he was caught littering dozens of nitrous oxide canisters in a Salford street on CCTV.

Mr Mohammad Waqas Ali aged of Hadfield Street, Broughton, was fined £115 and ordered to pay £540 in costs and a £34 victim surcharge at Manchester and Salford after pleading guilty to contravening Section 87 of the Environmental Protection Act 1990 on 21 June 2021.

He was recorded dropping and leaving the canisters in the street along with cardboard packaging, before driving away from the area.

Speaking after the case, Councillor David Lancaster, lead member for the environment and community safety, issued a warning to residents on the use of nitrous oxide canisters, particularly around the dangers of inhaling it directly from the canister in an enclosed space.

Cllr Lancaster said: “There is never any excuse for littering and those who leave materials like this which pose a safety risk to the public should be utterly ashamed of themselves and expect a fine or fixed penalty notice.

“In this case, I would also like to remind all residents of the dangers in inhaling nitrous oxide or laughing gas, particularly if you inhale directly from the bottle and in an enclosed space. This can be incredibly dangerous as inhaling too much could lead to loss of consciousness, nerve damage and even suffocation.

“We know that use of these canisters is prevalent across our city and as such, it is important that all are aware of the risks involved with using them.”

Jailed for life for brutal murder of his wife in Stalybridge