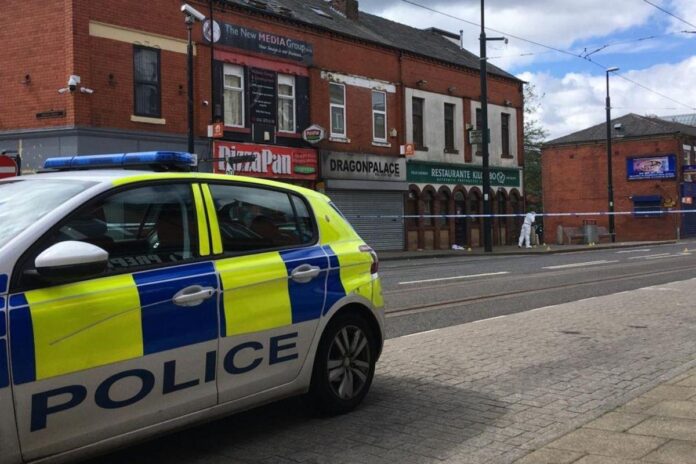 Police are questioning a man on suspicion of murder following a fatal stabbing in Oldham town centre in the early hours of this morning.

The man was taken to hospital in a critical condition in the early hours of this morning with suspected stab wounds on Union Street before he was sadly pronounced dead on arrival.

While formal identification has not yet taken place, police believe the victim is a man in his 40s from Oldham.

Specially-trained officers have informed the man’s family and are working to support them at this devastating time.

Initial enquiries suggest that the victim was stabbed after an altercation with a man close to the Light of Bengal restaurant.

A man in his 30s was located and detained to be questioned in custody on suspicion of murder – where he remains.

A large cordon remains in place on Union Street as extensive and thorough enquiries continue at pace and – while officers are working to minimise travel disruption through the town – we are working to ensure that all possible lines of inquiry are carried out at the scene of the incident.

Anyone with information is urged to contact police via the LiveChat function on our website, or by calling 101 quoting incident 501 of 28/05/2022.

Detective Superintendent Simon Hurst said: “We have a dedicated team of detectives working at pace following this fatal stabbing in the early hours of today, and we’re doing all we can to support the man’s family at this awful time and ensure that they get the justice they absolutely deserve.

“We’ve already spoken to a large number of witnesses who were in the town overnight, and we’re keen to ensure that we speak to everyone possible who may have seen something of significance in the moments before and after this devastating incident.

“This is understandably shocking news for the public to wake up to today and that is why we are conducting a wide-range of extensive and complex enquiries – including at the large scene in the town centre – to ensure we bring the man responsible to justice.”