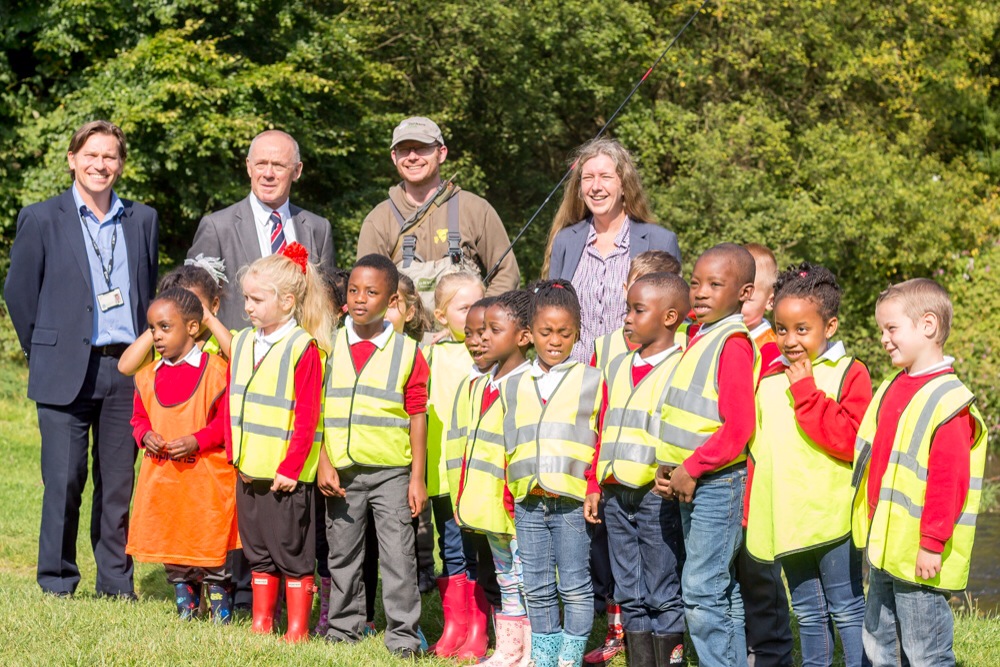 A project to breathe new life into the River Medlock has been completed after a 300m section of the river, spanning from Clayton Vale to Phillips Park, has been transformed .

The project, delivered jointly by the Environment Agency, Manchester City Council, Groundwork and the Irwell River Trust, sought to return the river to its natural state by widening the channel and replacing the Victorian brick lining with gravel that provides a more natural-looking and fish-friendly section of the river, and reduces flood risk at the same time.

The River Medlock was modified over a hundred years ago by lining the channel with concrete and bricks. This provided essential power and resource for local industry, but damaged natural habitats in the process.

“Over recent years large sections of the brick channel started to disintegrate and much of the material was washed downstream, leaving behind a sterile concrete environment that couldn’t sustain life. Removing this lining, coupled with widening the river channel, has given nature the chance to take over once more.

“Monitoring of aquatic life has already shown a huge improvement, including the discovery of sensitive species of invertebrates like Mayfly and Caddis fly larva. There has also been an increase in fish rising and birds visiting the area.

“This was one of the most challenging river restoration projects that the Environment Agency has ever tackled. Working in partnership with Manchester City Council and Groundwork enabled us to take a more innovative and proactive approach to improving this sterile and constrained river corridor. This ambitious approach has been recognised as one of the most innovative in Europe and has been nominated for three national conservation awards.”

Sir Richard Leese, leader of Manchester City Council, added: “Generations of people living in east Manchester were unaware that a river ran beneath their feet, as the Medlock had been harnessed in a brick lined channel to constrain its power for more than a century. Manchester changed the world during the industrial revolution but the factories and mills left a sad legacy on many people’s lives.