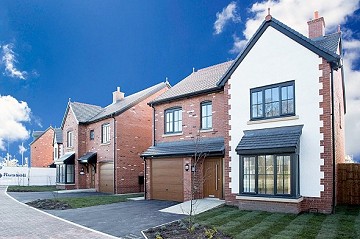 Labour will give local authorities and communities’ new powers to develop land for more affordable housing and revitalise high streets and town centres by reforming arcane and out of date land purchasing powers.

Alongside this, the Party would close loopholes developers exploit to avoid building more affordable housing and give first time buyers first dibs on new developments. Labour would also put an end to the outrageous practise of foreign buyers purchasing swathes of new housing developments off plan, before local people can even see them.

The housing crisis is one of the biggest challenges facing the country, with the link between work and affordable, secure housing broken for many renters and first-time buyers.

The Conservatives have worked with developers to maximise their profits whilst home ownership has gone down on their watch. With the Conservatives planning proposals paused they have no strategy to meet their housing targets and deliver the new homes the country needs.

In her speech to Labour Conference, Labour’s Shadow Housing Secretary, Lucy Powell is expected to highlight the importance of housing as the bedrock of stable, secure family life, giving people a stake in their communities and societies; supporting opportunity and aspiration.

She will promise that Labour reforms would allow communities to build the right houses, in the right places, at prices that local people can afford.

Taking the fight to the Conservatives, Labour will set out plans to Rebalance power between developers and communities, ensuring local councils have stronger powers to deliver the affordable housing their communities need, not the housing that will make the most profit for developers;

“The country is facing a housing crisis with the link between hard work and getting on the housing ladder broken for many. Insecure tenancies, and expensive rents make it hard for people who play by the rules to get on in life. The challenges of affordability, an aging population, building safety and the climate emergency all mean we need a bold new approach.

“We will build a new settlement on housing, with a first step today forcing developers to build more truly affordable homes, and giving first time buyers’ first dibs on new developments so they can’t just be sold off-plan to second homeowners or foreign investors.

“Labour is the party of home ownership, the Tories are the party of speculators and developers. The Conservatives’ failures on housing today mean that they don’t have the answers to solve the challenges of tomorrow. They treat housing as a commodity, not the bedrock of stable lives and life chances.”

Greater Manchester’s Universities come together to urge private landlords to release students from their...