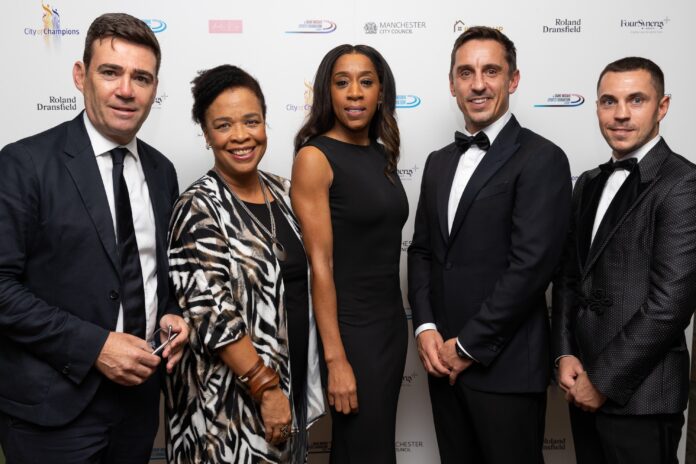 Manchester’s most inspirational sporting and cultural icons have once more been recognised and celebrated at a star-studded City of Champions gala fundraising event at Bull and Bear within the city’s Stock Exchange Hotel.

The City of Champions gala dinner is an annual event organised by The Diane Modahl Sports Foundation, acknowledging the success of local people in the areas of sport, education and business, and especially those who are inspiring the next generation of champions.

Returning to Manchester’s bustling events schedule after an enforced break in 2020, the event once more welcomed two of the city’s most influential and successful sporting and business stars into the City of Champions Hall of Fame. Previous inductees have included British boxing legend Ricky Hatton MBE, and former England women’s football captain Stephanie Houghton MBE.

Ex-footballer, broadcaster, and serial entrepreneur Gary Neville was one of two inductees into the City of Champions Hall of Fame. Gary and his Class of 92 peers have invested heavily into sports and leisure across Manchester, launching Salford City FC and Foundation 92 to inspire Greater Mancunians of all backgrounds and ages to achieve through sport. 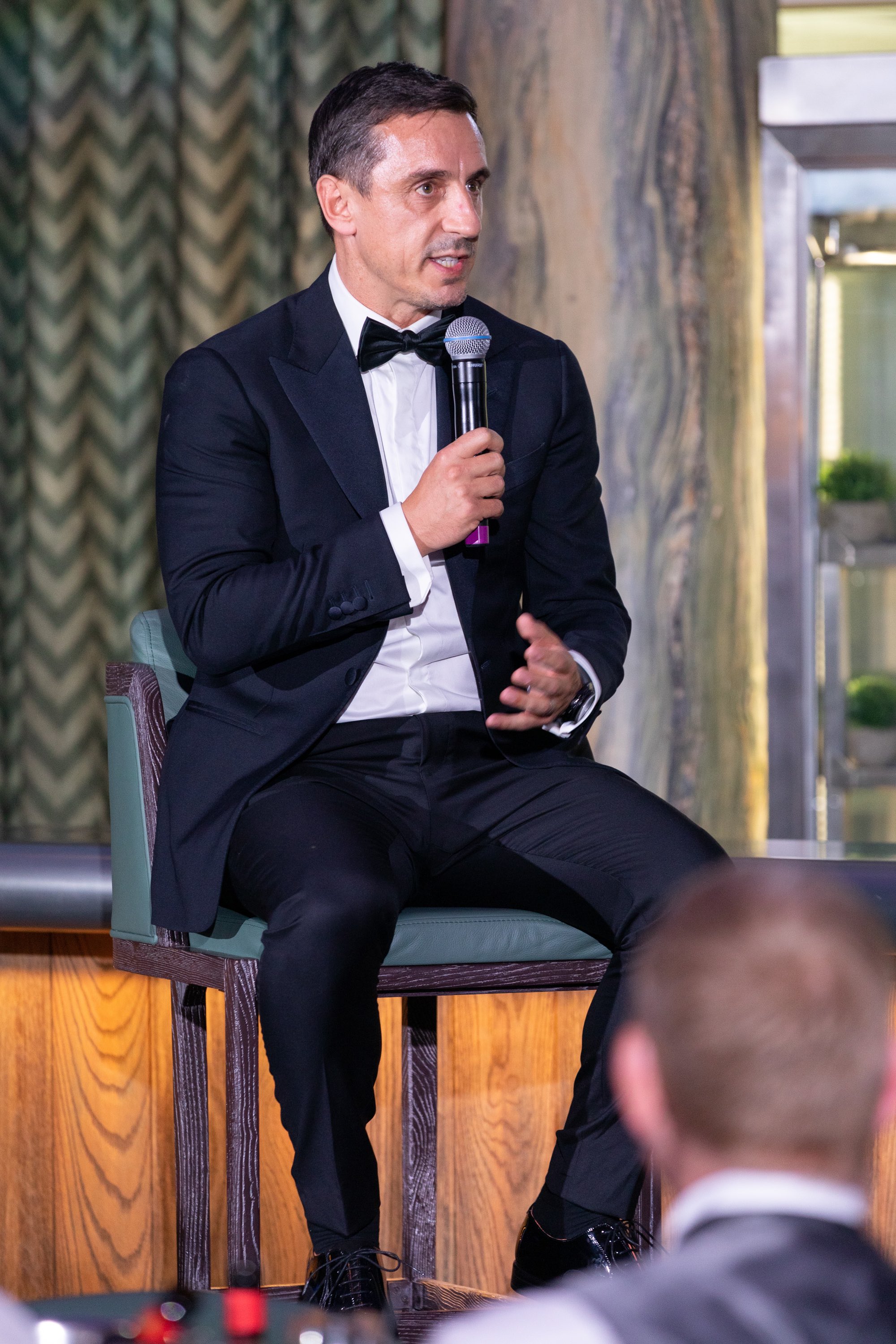 Gary said: “To be inducted into the City of Champions Hall of Fame is really a great honour. I didn’t receive many individual honours during my sporting career, but I was part of a fantastic team.

“There are so many people in this city doing great things. To think that I am now sitting alongside them on the same level and going into the Hall of Fame is something that I’m really proud of.”

Dr Marilyn Comrie OBE is an award-winning serial social entrepreneur, green tech innovator, STEM ambassador and the principal founder of the Black United Representation Network (BURN), which exists to tackle racial inequalities in Greater Manchester. Dr Marilyn has earned a reputation as a transformational leader, influencer and powerhouse for change.

Dr Marilyn said: “Manchester is my home – it’s where I went to school and grew up, it’s my heart and I really care about making a difference to the people of this city.
“It’s such a great honour to be inducted into the City of Champions Hall of Fame. Receiving an OBE from the Queen was special, but being recognised by my own city means far more. This is probably the proudest achievement in my life.” 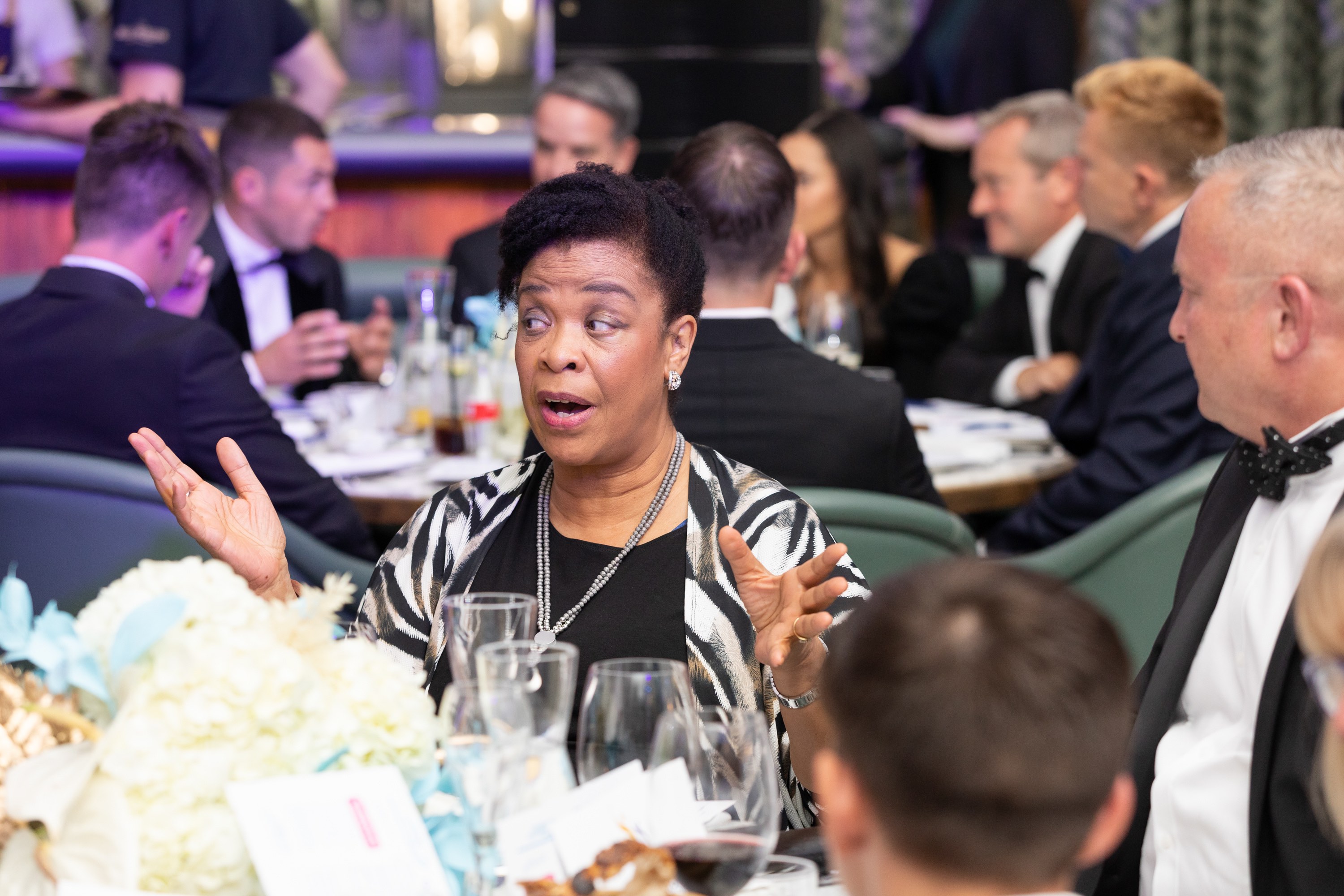 The City of Champions B Inspired Award was founded by British rapper Bugzy Malone, the first grime artist in the genre from Manchester to commercially succeed in the UK, recognising unsung heroes who have made an impact or contribution to the development of expressive art. Last year’s award went to James Keegan, lead dancer in Michael Flatley’s Lord of the Dance and a former world champion, who continues to inspire a new generation of performance artists.

This year’s B Inspired Award was awarded to Manchester rapper Aitch, whose breakthrough single “Straight Rhymez” has garnered over 24 million views online and brought him to the attention of celebrated London rapper Stormzy. Aitch appeared virtually at the event, with former British and WBA super-bantamweight champion Scott Quigg accepting the award on the night.

Aitch said: “Manchester is everything to me, it’s my home and made me who I am. The energy, the people, the history – it’s just 10/10.
“It means such a lot to receive the B Inspired Award, it shows I’m clearly doing what I set out to do from day one, which is to inspire people. I’ve been inspired and motivated by so many people in my life, so the thought that I’m inspiring others is really nice to hear.”

Greater Manchester Mayor Andy Burnham once more introduced the City of Champions event, before handing over to host Mike Shaft.

Andy Burnham said: “This city is full of inspirational people doing incredible work that is truly worthy of recognition. I’d like to personally congratulate Gary, Dr Marilyn and Aitch for their commitment and dedication to Manchester and its communities, making them worthy recipients of City of Champions awards.” 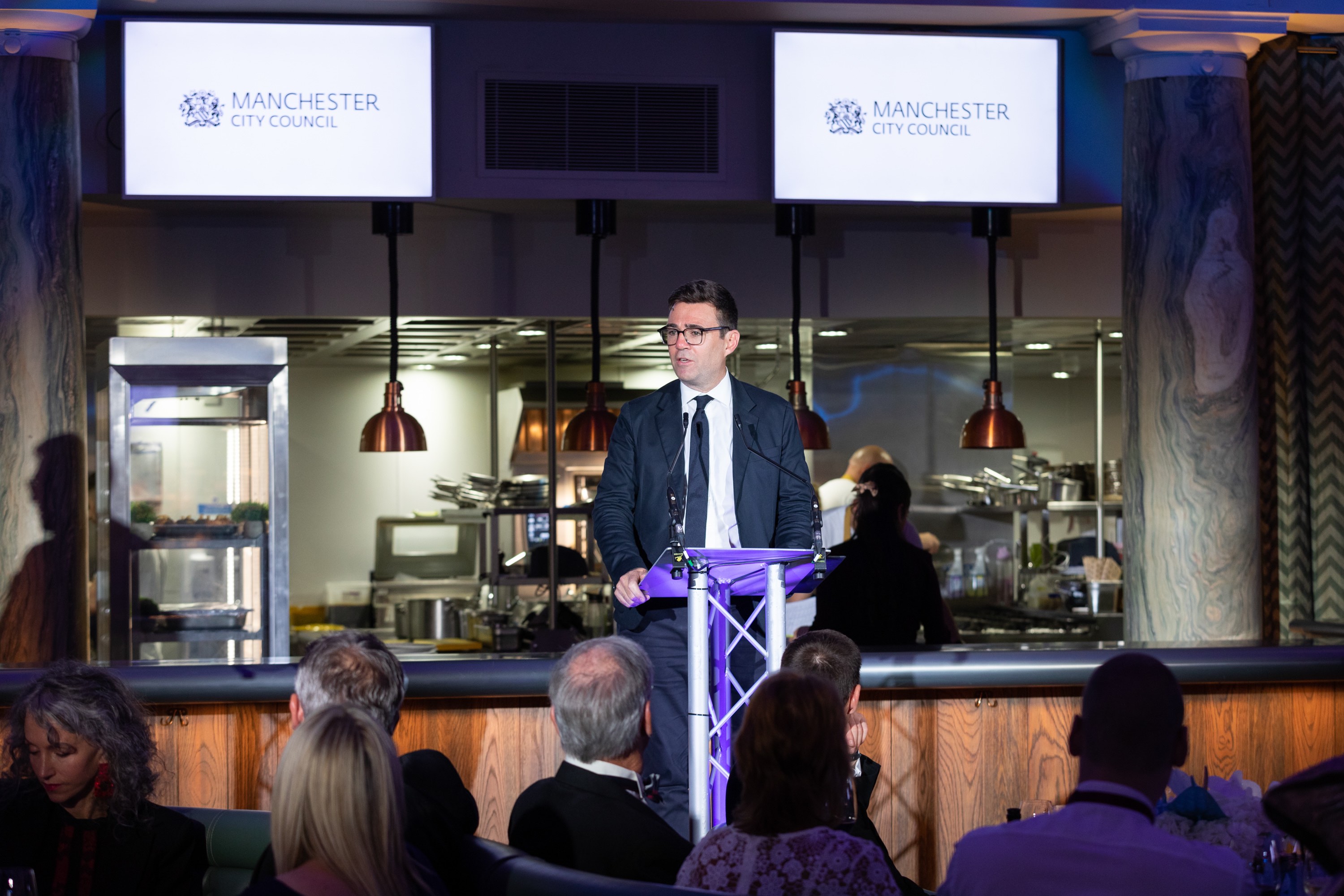 Organised by Olympian Diane Modahl MBE, the Diane Modahl Sports Foundation, (DMSF) and Manchester City Council, the annual City of Champions dinner offers a unique opportunity for local businesses to meet sporting and cultural icons from across the city region.

This year’s fundraising activity, which included a silent auction and raffle, raised £XX for The Diane Modahl Sports Foundation, a North West-based charity championing young people from disadvantaged areas in the region to help empower them in all areas of life.

Co-founder and CEO of DMSF, Diane Modahl, said: “It’s been a real privilege to host the City of Champions event in this great city once again. The past 18 months have presented so many challenges for so many people, but also spurred some truly inspirational work across our communities.

“The inductees honoured this year are true inspirations to people of all ages across the city, providing a fantastic example of what can be achieved through dedication, ambition and resilience. DMSF’s work is all about embedding positivity and belief in young people, so they see success as a choice – not something that is dependent on chance.” 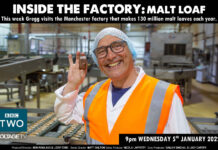