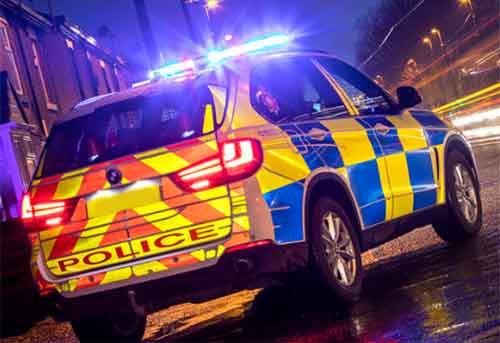 A 32-year-old man, suffered serious injuries after fleeing from police in a stolen car in Oldham yesterday evening and remains in hospital in a serious condition.

The vehicle had been stolen on Hawthorne Road in Oldham, and after the collision stopped on Hough Lane near the A627M, and the occupants left the vehicle on foot.

Following this, one of the occupants a 32-year-old man, suffered serious injuries after being involved in a collision with a vehicle on the A627M just before 8pm.

A second man aged 28, was arrested nearby on suspicion of burglary, and remains in custody for questioning.

The incident has been referred to the Independent Office for Police Conduct in line with policy.