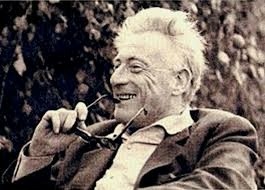 A University of Manchester lecturer has discovered the lost manuscript written by the philosophical godfather of the 1968 protest movement and inspiration for today’s urban protestors.

The manuscript, by Frenchman Henri Lefebvre who lived from 1901 to 1991, was discovered by Dr Łukasz Stanek at a private home in Spain.

Though considered to be one of the most important urban thinkers of recent times, it is Lefebvre’s only book on the subject. Called Toward an Architecture of Enjoyment, it will be published in English by University of Minnesota Press in May 2014, to add to the sixty books and three hundred articles by the celebrated thinker.

It had miraculously survived a flood which had ruined the contents of the shelves beneath where it had stood for since the 1970s.

Lefebvre’s manuscript was written in 1973 as a part of a larger study on mass tourism on the Spanish Mediterranean coast, in particular Benidorm.

Dr Stanek said: “Toward an Architecture of Enjoyment is the first publication in any language of the only book devoted to architecture by Henri Lefebvre. Remarkable, as Lefebvre is so influential on architectural thought: he inspired a radical critique of modernist architecture around 1968, and helped shaping our thinking about cities.

“For example” he added “he coined the concept of the “right to the city” which is today more pertinent than ever. So it was incredibly exciting to come across this manuscript.”

He added: “The book extends Lefebvre’s influential theory of urban space to the question of architecture.

“It’s an important work: Lefebvre redefines architecture as a mode of imagination rather than a specialized practice or a collection of monuments.

“He calls for an architecture of pleasure or enjoyment, centred on the body and its rhythms and based on the possibilities of the senses.” 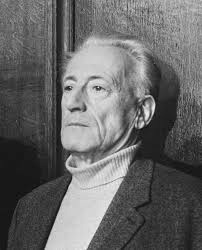 The curse of the unread