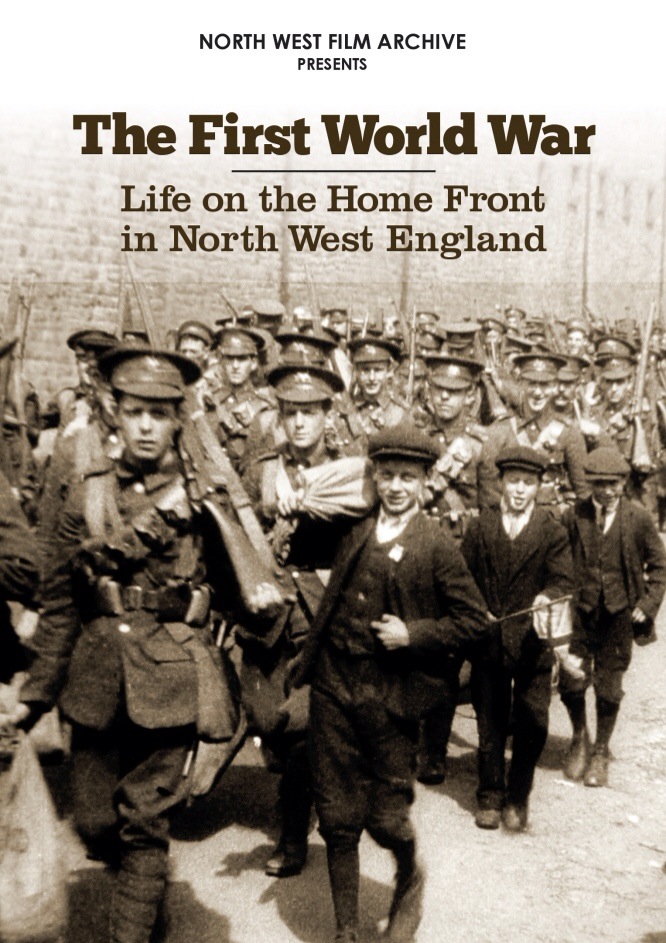 A new DVD has been released courtesy of the NW Film archive.

Life on the Home Front in North West England, narrated by Maxine Peak features footage taken before, during and after the First a World War, commissioned by mill owners, manufacturers, cinema owners and early film makers.

Pre-war footage shows the region’s manufacturing and engineering industries and the Royal Visit to Lancashire in 1913 with King George V and Queen Mary’s tour of Lancashire’s mill towns.

The First World War: Life on the Home Front in North West England (Trailer) from NWfilmarchive on Vimeo.

The war itself besides footage of the Accrington Pals, the Lancashire Fusiliers and the Cheshire Regiment shows the recruitment process and training as well as the early days of aviation, and German Prisoners of War being marched through the streets of Lancashire.

There are troop inspections in Preston and Blackpool, to the subsequent victory parades in Whalley and Haslingden and the unveiling of war memorials from Egremont to Altrincham.

The DVD is on sale, priced at £12
More information HERE

Can you find the Easter Bunny at the Great Northern?

The end of ethical and mutual banking in Manchester