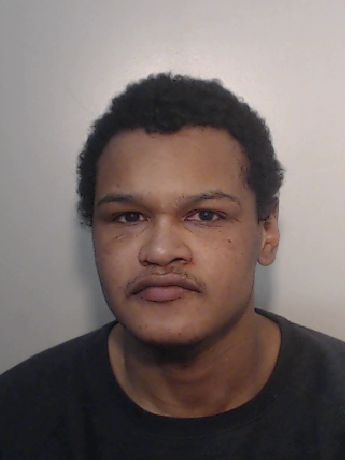 A man who stabbed a woman in the head during a random attack in broad daylight in Whalley Range has been given a life sentence today in Manchester.

Thirty three year old Genesis Beresford Edwards of Hathersage Road, Manchester, was sentenced to life with a minimum of 11 years at Manchester Crown Square today (Friday 18 May 2018) for attempted murder and assault.

The court heard how on 14 December 2016 the victim,a woman in her 30s, was walking along Mayfield Road in Whalley Range when Edwards approached her from behind whilst on a bicycle and used a bladed weapon to stab her in the head and body repeatedly. He then walked off leaving his bike at the scene.

The victim managed to run home before collapsing and being rushed to hospital. Among the injuries she suffered included a 4cm deep wound, a fractured skull and a bleed on the brain.

Officers trawled through CCTV and DNA evidence to identify Edwards.

When he was arrested three days later he also assaulted a police officer resulting in the officer suffering several fractures to his eye.

The judge commended the victim for her bravery throughout the police investigation as well the work of officers.

Detective Constable Louise Moss, from GMP’s City of Manchester division, said: “This was a sickening unprovoked attack on a woman as she was simply walking home from the local shop.

“This is everyone’s worst nightmare and although she has recovered from her injuries this shocking attack will never leave her.