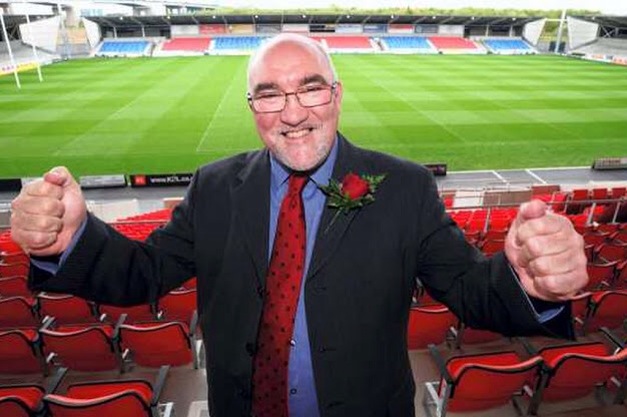 The Mayor of Salford seems to have got himself into a bit of trouble.

The council paid their Rugby League club Salford Reds £164 ,000 to cover match day expenses and the decision it appears was taken by the mayor, his deputy and a former council officer without anyone else knowing.

As you can imagine, the opposition are furious and are demanding that government inspectors are called it.

However his Labour colleagues managed to block any move to call the inspectors in.

I suspect we haven’t heard the last of this though.

While we are on the subject of Salford,we went to watch their football club Salford City on Bank a Holiday Monday.They are the new Manchester City, having been taken over by the class of 92 from United who will no doubt be pouring their money in.They beat Droylsden 2-1, they were a bit lucky and frankly the first half was pretty awful.But they are top of the League.

It hasn’t been the best of weeks for sport.You can’t win anything with kids, that Scottish pundit said and he was right as United lost at somewhere called MK Dons, 4-0 and to make matters worse, they came and parked a sarcastic advert truck outside Old Trafford the next day.

Furthermore Lancashire lost in the final of the T20 even though Freddie hit a couple of sixes. He didn’t have a bad week though. Apparently the Aussies want him to go and play out there in the winter, and he got let off a driving ban claiming exceptional hardship if they took his Bentley away.

Across the Irwell we got the latest report about the State of Manchester. In summary it said that although we are improving,we could do a lot better and while investment is paying off in the city centre, not enough is trickling through to more deprived areas.

Manchester was the fastest-growing city in the country between 2001 and 2011, with the population rising by three times the national average.

Levels of worklessness in the city remain above the national average, and while life expectancy continues to rise slowly, the gap between Manchester and England has increased.

They have found a couple of old Lowry paintings of London.They were hidden in someone’s private collection and were saved from the rigours of tomato ketchup stains.We are going to be able to see them at the Lowry gallery soon apparently.

I went and had a walk around Alexandra Park the other day.There is a big do this weekend with the Mayor cutting the ribbon after they have spent five and a half million quid on the place tarting it up.

Couldn’t quite see where all the money has gone though but I did like the new borders.

Anyway must dash, it has been a busy week, what with it being a Bank Holiday and all that-

Here is why Bitcoin Prices reached their highest since May and what is expected...