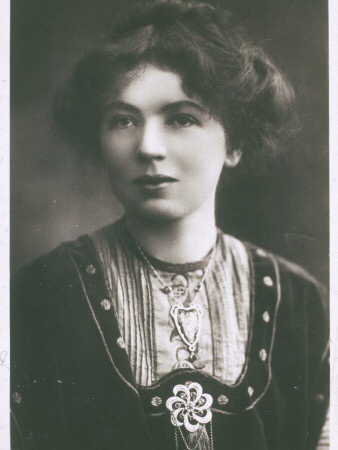 Long lost records of the early history of women’s trade unionism will be made available to the public on Saturday 29th April when the Mary Quaile Club will launch a website on the history of the Manchester and Salford Women’s Trade Union Council 1895-1919.
This will take place at 2.15pm in the Mary Quaile Room at the Mechanics Institute, 103 Princess Street, Manchester, as part of Manchester Trades Council’s May Day events.

The MSWTUC was formed in February 1895 specifically to organise women workers, often in low paid jobs, into trade unions.

Its early supporters included C P Scott, editor of the Manchester Guardian, who personally wrote by hand the minutes of the first two meetings in a beautiful script. The Council fostered trade unions among sewing machinists, upholsteresses, tailoresseses, cigar makers, cotton power loom weavers and many other trades.

Christabel Pankhurst was a member of the MSWTUC, as were other prominent Manchester woman such as Margaret Ashton, the first woman councillor on Manchester City Council. The Council’s paid organisers included Sarah Dickenson and Eva Gore Booth.

The two handwritten volumes of the Minutes of the MSWTUC came to light last year during the research into the life of Mary Quaile, who worked for the Council 1911-1919 as an organiser.

It seems that Mary took them with her when the MSWTUC office closed in April 1919 after the Council merged with the Manchester and Salford Trades Council. Her great-nephew, Martin Ennis, presented them to the Mary Quaile Club.

The Minutes have been transcribed by Mary Quaile Club member Bernadette Hyland, who said:

“We believe that these Minutes are a unique item of national significance and will be a major contribution to our knowledge of women workers and trade unionism in the late C19th and early C20th.

The Minutes are hand-written, cover 760 pages in total, and are the complete record of the meetings of the Council, including both the decisions reached and also often what was said by those attending.

They show the daily grind of supporting and encouraging working women into trade unions and agitating for decent pay and proper working conditions. A century later women still face many of the same problems with cuts in pay, benefits slashed and the growth of zero hour contracts. We feel that the work of the Council can be an inspiration to today’s women workers.”

The website will contain both the transcription and copies of the original minutes. This project has been funded by donations from individuals and from trade unions, including the General Federation of Trade Unions, National Union of Journalists, Professional Footballers Association, PCS, RMT, Unison and Unite.

Bernadette Hyland will be speaking at the launch, as will Lisa Turnbull, an activist in the Durham Teaching Assistants campaign against a 23% cut in wages for Durhams TAs

It’s Grim up North-at least according to Andy Burnham