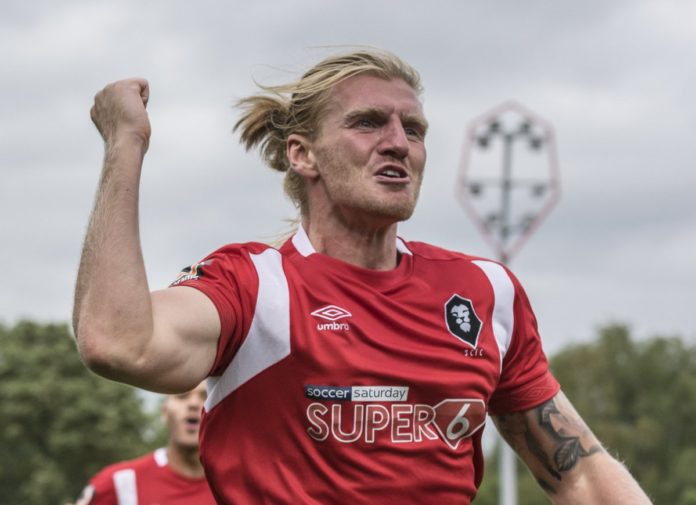 Oldham Athletic have announced the signing of defender Carl Piergianni on loan from Salford City until the end of the season.

The central defender joined Salford in 2017 and in his first season with the club won the Supporters’ Player of the Year award.

Last season, Piergianni scored 12 goals and at the end of the 2018/19 campaign was awarded the Players’ Player of the Year award whilst helping secure a second promotion in as many seasons.

The 27-year-old began his career at Peterborough United before moving to Stockport County and then Corby Town. In 2013, he put pen-to-paper on a deal with Boston United and during a three-year spell with the Pilgrims was named in the National League North Team of the Year for the 2014-15 and 2015-16 season.

The defender enjoyed a spell in Australia as he joined South Melbourne in the National Premier League before signing for the Ammies where he has made over 100 appearances to date, scoring some vital goals and becoming a fans favourite in the process.

On his second addition in the January transfer window Head Coach Dino Maamria said; “We are delighted to have Carl on board, he’s the type of player and character that will help us immensely.

“A solid defender, team player who puts his body on the line and is also a leader. His characteristics will fit in well to the culture we are trying to implement at the club and I’m sure he will play a big part in helping us climb up the table.”