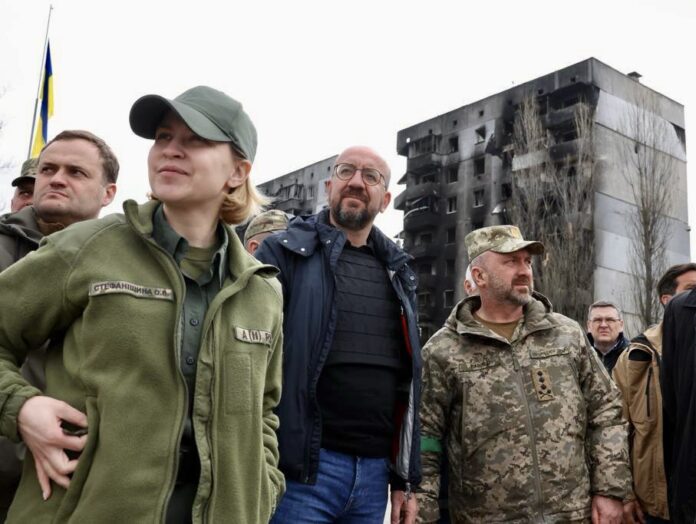 Thousands of Russian troops backed by artillery and rocket barrages were attempting to advance in what Ukrainian officials have called the Battle of the Donbas – a final push by Moscow to seize two eastern provinces it claims on behalf of separatists.

A Ukrainian marine commander in Mariupol said his troops may be able to hold out for only a few hours longer as Ukraine tried to evacuate 6,000 women, children and elderly people.

Ukraine’s Permanent Representative to the UN Sergiy Kyslytsya said on April 19, that more than 500,000 Ukrainians were “forcibly transferred” to Russia, including 121,000 children

According to Kyslytsya, citizens of Ukraine are sent to Russia’s “economically depressed regions,” in particular, the northern regions and the island of Sakhalin. He said they receive documents banning them from leaving Russia for two years.

The President of the European Council Charles Michel visited Borodyanka, a town 40 kilometers northwest of Kyiv that was heavily bombarded by Russia.

“History will not forget the war crimes that have been committed here,” he wrote.