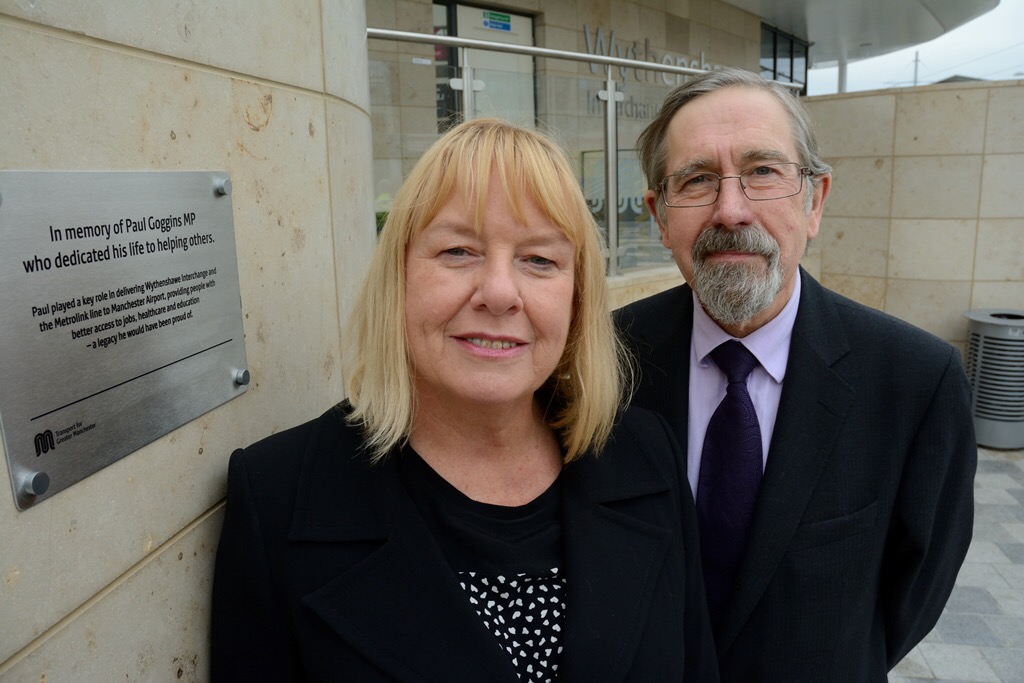 A plaque in memory of Paul Goggins MP was unveiled by his family at Wythenshawe Interchange on Friday.
Transport for Greater Manchester (TfGM) installed the plaque in memory of the former MP for Wythenshawe and Sale East, following the completion of the new £6m facility earlier this summer.
Mr Goggins died in January 2014 after collapsing while out running. He was a key figure in Wythenshawe and had a career-long commitment to helping others including contributing to social work and supporting cancer sufferers.
Councillor Andrew Fender, Chair of the TfGM Committee, said: “Wythenshawe Interchange is a fantastic development that’s helping to provide better access to jobs, healthcare and education for the people of the town – all things that Paul felt strongly about.
“Together with the new Metrolink line, which Paul played a key role in delivering at a Parliamentary level, it’s a superb gateway to a rejuvenated Wythenshawe – a legacy he would have been proud of.
“We were grateful to have Paul’s wife Wyn with us to unveil the plaque, which is a lasting tribute to an incredible man who dedicated his working life to helping others.”
Mike Kane MP, for Wythenshawe and Sale East, said: “Paul Goggins was an extraordinarily dedicated public servant, and was loved and respected by all.
“Paul constantly strived for Wythenshawe & Sale East and this plaque at the heart of the town centre where the fruits of Paul’s work with others can be seen all around is a fitting tribute.”

Transport for the North representatives meet with Lord Adonis