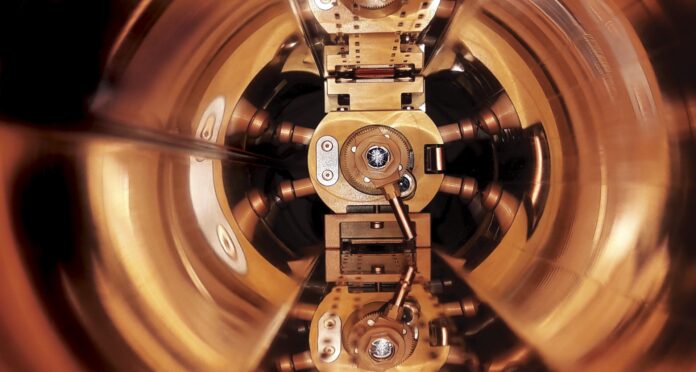 Scientists, engineers and technicians from The University of Manchester, along with other UK research organisations, have embarked on a £26M project to help upgrade the Large Hadron Collider (LHC) at CERN, on the French/Swiss border near Geneva.

CERN’s High Luminosity LHC project (HL-LHC), a large international collaboration, will upgrade the LHC by increasing the number of particle collisions by a factor of 10, allowing physicists to learn more about the properties of the Higgs Boson and look for evidence of Dark Matter.

The project is led by The University of Manchester, alongside a collaboration of the Science and Technology Facilities Council (STFC), CERN, the Cockcroft Institute, the John Adams Institute, and eight other UK Universities.

Phase two of the UK project, called HL-LHC-UK2, is focused on delivering essential hardware to the upgraded collider, with many parts expected to come from UK industry. The University of Manchester will perform calculations and simulation of the motion of protons in the Large Hadron Collider, to deepen understanding of the upgraded machine and improve its performance.

he upgrade project will deliver cutting-edge research and essential components over the next few years, enabling scientists to look for new, very rare fundamental particles, and to measure known particles like the Higgs boson with unprecedented accuracy.

Professor of Accelerator Physics at The University of Manchester and spokesperson for the project, Professor Rob Appleby said: “The HL-LHC-UK2 project gives the UK a leading position in high-luminosity collider science and will drastically improve the potential for the Large Hadron Collider to enable new discoveries in the frontier of physics.

“When researchers want to upgrade the LHC, scientists need to simulate how the proton beam is going to respond and move. This helps the researchers understand the beam and design the hardware needed for the upgrade. A second part of the work is being done by Manchester and involves studying billions of protons in the LHC for millions of turns of the machine, including what happens when beams collide.”

Visible matter (you, what you see around you, and all the stars and planets in space) makes up just 5% of our Universe. The remaining 95% is thought to be Dark Matter (27%) and Dark Energy (68%) but physicists have not yet detected either. It is hoped that the increased luminosity of HL-LHC will enable researchers to find clues that could solve the mystery of Dark Matter.

Essential hardware and project management will be provided by STFC’s Daresbury Laboratory in the Liverpool City Region, in partnership with other project partners and UK industry.

Professor Mark Thomson, particle physicist and Executive Chair of STFC, is keen to ensure that the project helps to develop the UK’s knowledge economy and said: “This is a significant undertaking, yet one with fantastic benefits for the UK. The aim is for this project to involve UK industry at every stage, with specialist companies being invited to bid for contracts to manufacture parts for the Large Hadron Collider.”

One in five young people are bullied report finds