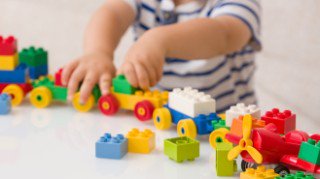 In his leader’s speech at Labour Party Conference in Liverpool tomorrow , Jeremy Corbyn will announce a “radical expansion and transformation of free universal childcare”, benefiting more than a million children and their families.

He will say that the current “patchy support for childcare is holding back too many parents and families. Universal free high quality childcare will benefit parents, families and children across our country. It is a vital and long overdue change that will transform people’s lives and meet the needs of a 21st century Britain for all.”

Under Labour’s plans, 30 hours of high quality, genuinely free childcare will be available to all 2, 3 and 4 year olds, with no means testing.

In a major new announcement, Corbyn will set out Labour’s plans to provide additional subsided hours of childcare on top of the free 30 hour allowance.

Labour will achieve this by introducing a two-term plan to shift to a graduate-led workforce. This will improve the pay and skill levels of childcare staff, drive up standards to improve our children’s life chances and close the attainment gap, which is locking in inequality while children are still infants.

Corbyn is expected to say “opportunity matters most in the earliest years of life. It is a crucial time to open up children’s life chances. Driving up standards of childcare will make that vital difference for millions of our children.”

Corbyn will also outline Labour’s plans to simplify the childcare system for parents, by launching a national childcare access portal online. This improved, simplified system will replace the current fragmented and often confusing hotchpotch of vouchers and credits.

The Government is failing to deliver on even its limited childcare pledge, which Corbyn will describe as “free in name only”. Currently, only 40 per cent of two-year-olds qualify for childcare and many working parents with three and four-year-old children are not getting the childcare they were promised by the Conservatives at the last election because of the complexity of the rules.

Meanwhile, Tory cuts have also led to the loss of over 1,240 Sure Start centres.

“Childcare costs can be a blight on prosperity and diversity, often limiting the scope of parents returning to the workplace, quashing the ambitions and talent of too many young people.

“Business has long called for support to parents to make childcare more affordable.

“The challenge will be to find ways to fund affordable childcare sustainably and sensibly. The prize will be significant for working families across the UK and can play a serious role in reducing the gender pay gap.”

New taxes will be needed to replace fuel duty as people switch to greener...