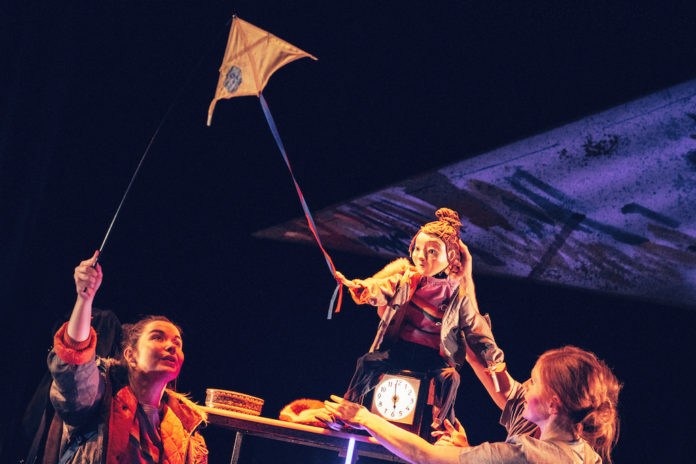 Stuck in her Grandma’s obsessively tidy flat, a recently orphaned girl discovers a kite which comes to life and takes her on a wild adventure. Little does she know that Grandma has her own brand of magic and the wind will bring them together in ways they never would have imagined.

A play without words, Kite is inspired by the world of indoor-kite flying and stories such as The Snowman and The Red Balloon. For everyone aged seven and over, it features The Wrong Crowd’s imaginative storytelling, exquisite puppetry and design, dance, originally composed music and – of course- kites.

The Wrong Crowd first produced Kite to acclaim at Soho Theatre as part of London International Mime Festival and on tour in 2016. The 2019 production features a brand new cast and development to the play’s central story, capturing the magic and poignancy of the original whilst creating a strong new narrative about how to find strength and love in the face of loss.

Fall Out Boy will be coming to Manchester as part of a full European...

Street Eats on Your Feet at The Oast House

Dave Ball A to Z: The First Seven Years at Oldham Gallery