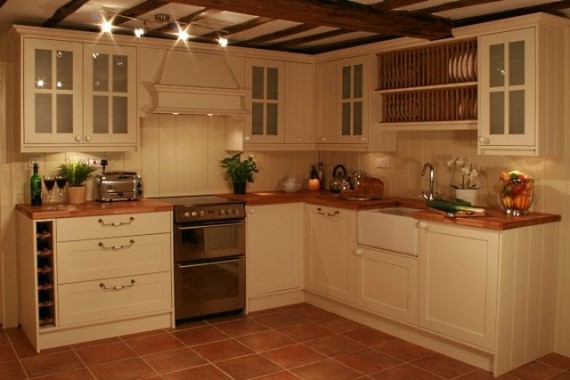 A fraudster has been imprisoned following a successful investigation by Oldham Council’s Trading Standards department.

Paul Bottomley, 45 was jailed for 20 months at Manchester’s Minshull Street Crown Court after pleading guilty to defrauding four individuals out of £9,596.07.

Bottomley, of Kingswood Road, Middleton was also disqualified from being a company director for nine years.

Trading Standards launched an investigation after a number of residents from Oldham and the surrounding areas contacted them with complaints after kitchen components they had paid for was not supplied, fitted or found to be defective.

It one case in 2015 a local resident paid more than £4,046 to Bottomley for granite kitchen work tops which never arrived.

Another alleged victim paid Bottomley more than £3,700 for the supply and fitting of a kitchen. The job was not completed and the buyer was left without any cooking and washing facilities.

During this time Bottomley, who also used the name Paul Wright in a bid to evade investigators, had applied to Companies House to strike off his firm – Smart Kitchens (UK) Ltd, of 70–72 Heyside, Royton, OL2 6LS.

However, despite this he continued to take money from consumers knowing full well that the company was about to cease trading and he would not be able to fulfil orders

In total Trading Standards received 24 complaints from the public about firms Bottomley was connected to. These included non-delivery of goods following payment, poor workmanship, defective goods and safety issues.

In May 2012, for committing five similar offences of fraud, Bottomley had received an eight month sentence, which was suspended for 12 months and had also received 200 hours community service.

On Wednesday, February 16, in passing sentence for the latest crimes, Her Honour Judge Nield said that fraud requires manipulation of others, which Bottomley was ‘an expert of’.

She added that this had been an appalling set of events and that Bottomley would have known and understood the impact his conduct would have had on the victims due to his previous conviction.

In Bottomley’s defence it was said he had savings of £2,100, which he intended to use to repay to his victims.

Judge Nield ordered that this be paid to the four victims who were detailed on the indictment on a pro-rata basis based on the value of the monies Bottomley obtained from them.

The judge acknowledged that ‘this did not reflect their loss, and nor was it intended to, but this was the best that could be done’.