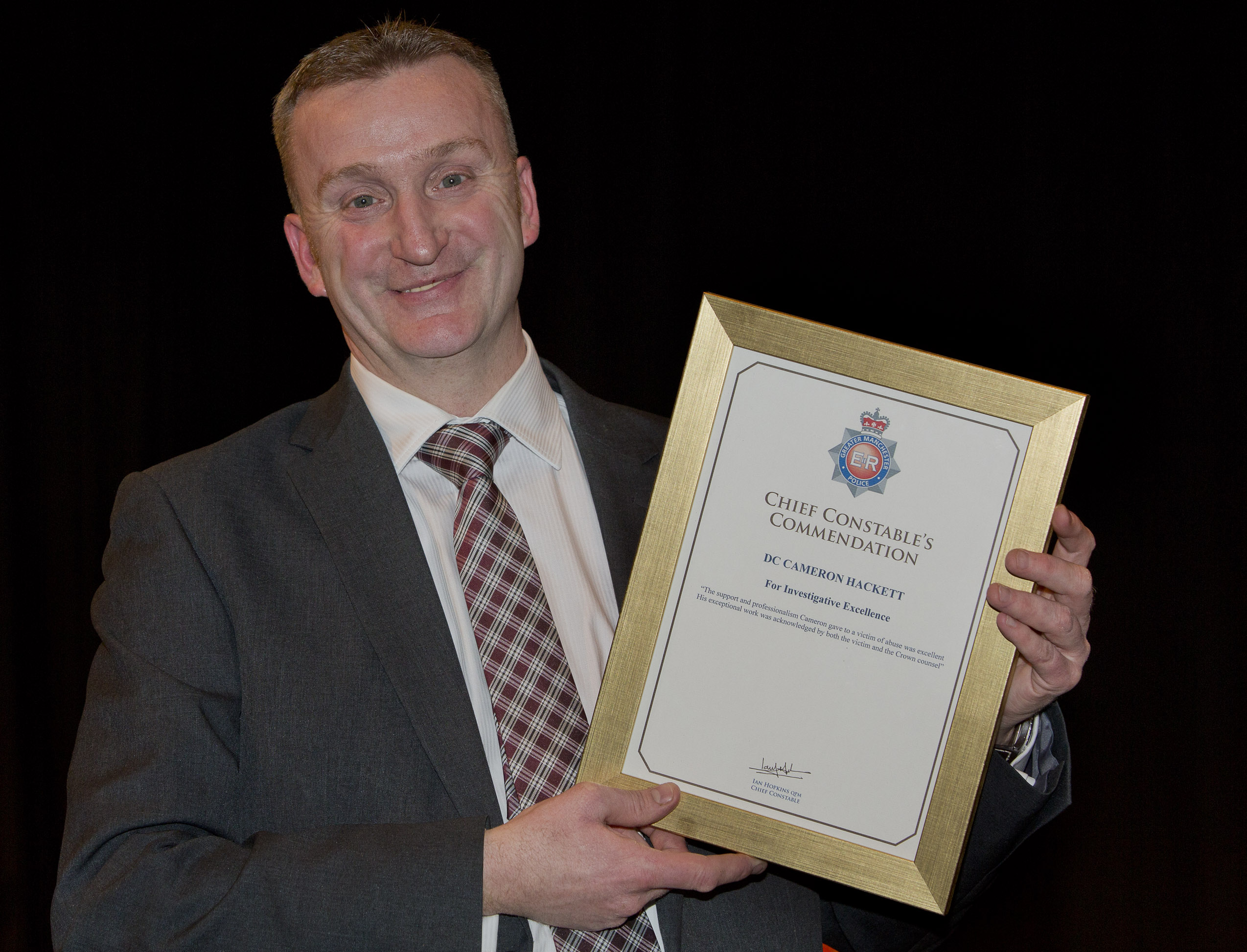 Detective Constable Cameron Hackett was last night awarded a Chief Constable’s commendation for his work to bring a prolific violent sexual offender to justice, uncovering a total of eight victims over as many years.

Nominated for his diligence and detective work following an initial single complaint of historic abuse, DC Hackett’s efforts and perseverance revealed more victims of the offender, as well as a wealth of supporting evidence.

The detective, who is based in Wigan and has served on the Force for 24 years, has been commended for his dedication and conduct in handling the case with sensitivity by both the prosecution and the victim who made the initial complaint.

Chief Constable Ian Hopkins presented DC Hackett and others with commendations at a ceremony at Hough End yesterday, Thursday 16th February, recognising the outstanding efforts of officers, staff and members of the public.

Chief Constable Ian Hopkins said: “Cameron’s work in seeing this man brought to justice is something he and the Force should be proud of – without his work these victims may not have had the courage or strength to come forward.

“It is so important that we acknowledge and celebrate the efforts and achievements of our officers in Greater Manchester. I am hugely proud to be the Chief Constable of such a hard-working and dedicated force, made up of officers and staff that go above and beyond in their efforts to serve the public and support them at what can be the most difficult times of their lives.

“Cameron and all of the other recipients should be enormously proud of themselves and their achievements.”

Upon receiving his award, DC Hackett said “It’s a great honour to receive the Chief Constable’s Commendation. My training and experience gave me the knowledge and understanding of how to best deal with this case, and thankfully the victims were able to get some closure.”
Following trial, the offender was sentenced to 29 years in prison and ordered to sign the sex offenders register for life.