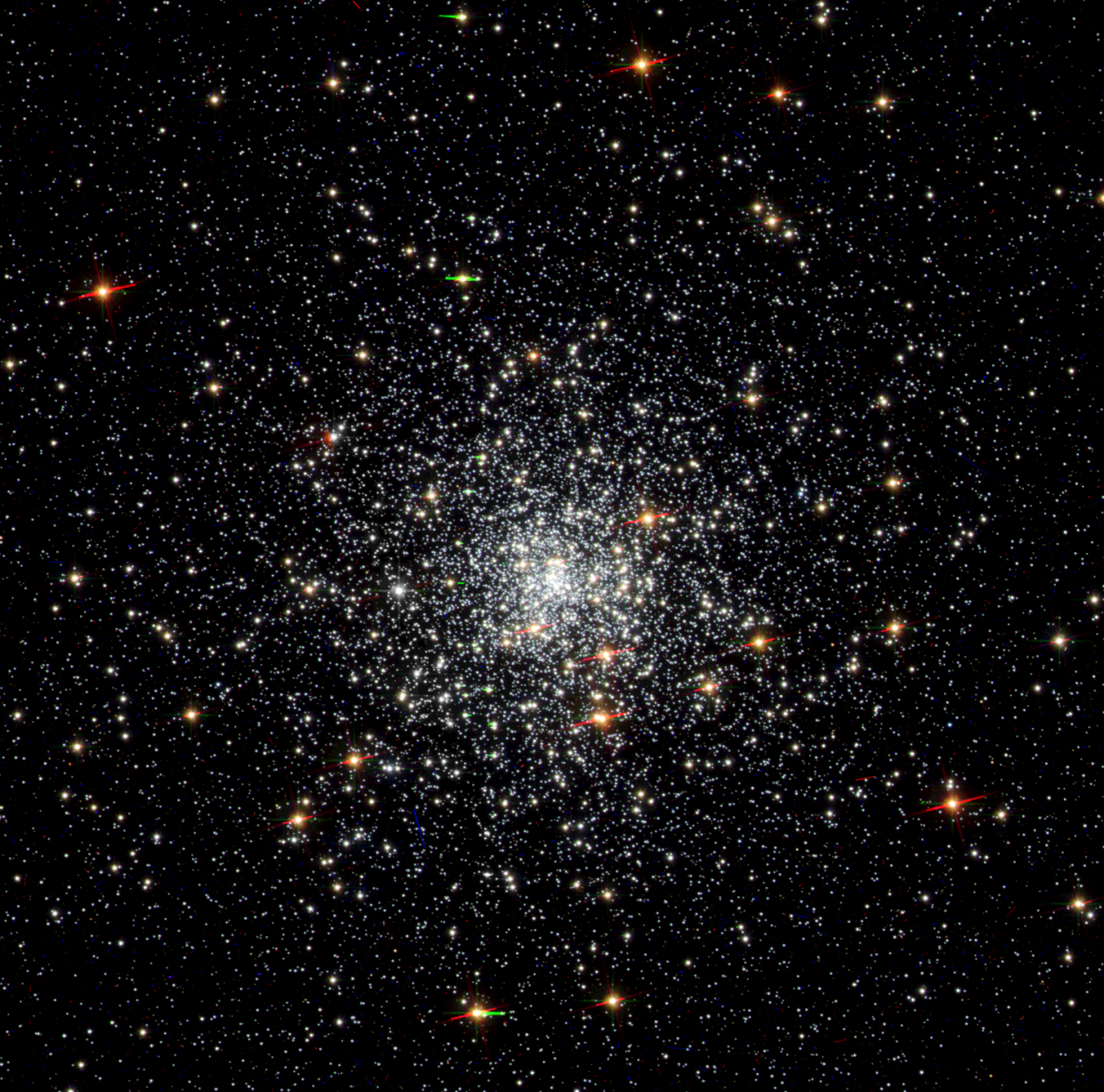 An international team of astronomers led The University of Manchester have found evidence of a new ‘missing-link’ black hole in the Milky Way galaxy, hidden in the Sagittarius constellation.

The black hole is located approximately 26,000 light years, or 7.9 Kiloparsecs (kpc), from Earth in a globular cluster called, NGC 6624. A globular cluster is a gravitationally bound swarm of millions of old stars occupying regions that are just a few light years across.

The team, led by Benetge Perera, have found evidence that the millisecond pulsar (PSR B1820-30A) – a pulsar is highly magnetized, rapidly rotating neutron star that emits a beam of electromagnetic radiation – in NGC 6624 is most likely orbiting around an intermediate-mass black hole (IMBH) located at the cluster’s centre. The mass of black hole is so big, it is the equivalent to weight of 7,500 of our suns.

PSR B1820 30A is the closest-known pulsar to the centre of any globular cluster and it is the first pulsar to be found orbiting a black hole. The detection of IMBHs is extremely important as they can help astronomers understand the ‘missing link’ between stellar mass black holes (SMBH), the smallest kind, and supermassive black holes (SMBH), which are the largest.

Dr Perera, from the Jodrell Bank Centre for Astrophysics in the University’s School of Physics and Astronomy, explains: ‘High stellar densities towards the centre of globular clusters provide a likely environment for the formation of massive black holes. The detection of IMBHs is important for understanding the missing link between the different kinds of black holes.