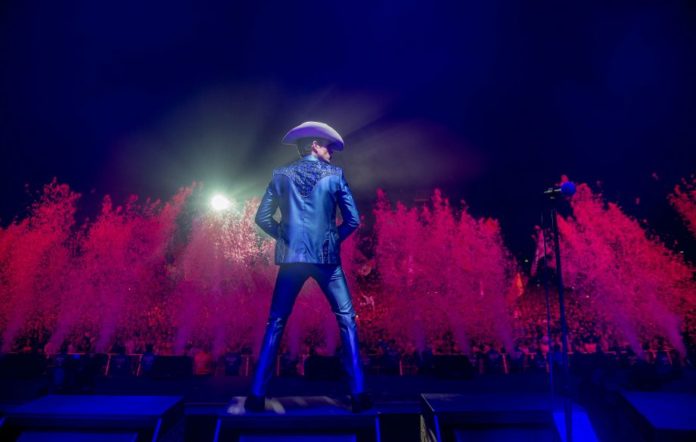 The Killers will be performing live at Emirates Old Trafford on Saturday 30 May 2020.

The popular rock band, which formed in Las Vegas in 2001, is embarking on a UK and Ireland tour with special guests Blossoms, with general admission tickets costing £65.

The band, whose most recent UK sojourn was their spectacular Glastonbury 2019 headline set , will embark on their biggest ever tour in May/June 2020 and follows the award-winning success of the Liam Gallagher concert in 2018, when the venue played host to the Mancunian legend and ex-Oasis frontman.

Since the release of their 2004 debut, Hot Fuss, which featured breakthrough singles Mr Brightside and Somebody Told Me, The Killers have gone on to sell 25 million albums, win countless Grammy, Brit, Q, NME nominations and awards and headline stadia and festivals around the world.

Daniel Gidney, Chief Executive at Lancashire Cricket, said: “We’re delighted to be hosting one of the world’s most renowned rock bands, for what is sure to be a fantastic night of live entertainment at Emirates Old Trafford next summer.

“It firmly underlines our reputation as a world class, multipurpose sporting and entertainment venue, particularly following the successes of concerts here over the last few years.

“We’re looking forward to welcoming back both cricket and music fans alike and showcasing our incredible venue.”

Tickets go on general sale at 9am on Friday 22nd November from www.ticketmaster.co.uk and www.gigsandtours.com.

Accessible tickets will be available from www.ticketmaster.co.uk.

The Band on the Rum