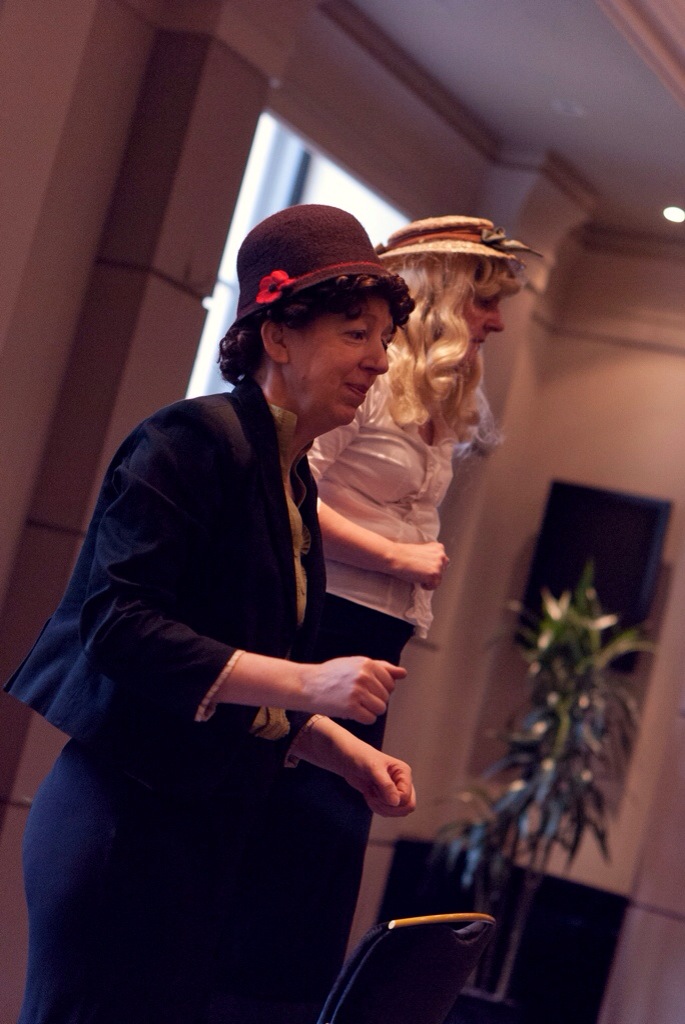 Six of Manchester’s truly special hidden gems are throwing their doors open to the public for a day of exhibitions, music, and theatre as part of next week’s Manchester Histories Festival

On Sunday 23 March Chetham’s Library, Manchester Jewish Museum, Museum of Transport Greater Manchester, the Pankhurst Centre, Victoria Baths and the Working Class Movement Library (WCML) are all opening up to the public for free. Plus visitors can also hop aboard a free heritage bus to easily travel between venues.

Highlights of the day will include Broadside/Folk musician Jennifer Reid be talking about and performing songs from the Manchester ballads archives at Chetham’s Library. Some of the ballads have not been performed in public for over 300 hundred years, and visitors will even be able to take home their own printed copy of a ballad score.

Street performers The Traffic Wardens, the adorable Hodman Dodmanott and Sally Forth, and The Lost Luggage Porters will be entertaining visitors to the Museum of Transport while visitors to Manchester Jewish Museum on Cheetham Hill Road will be able to experience traditional Klezmer music and take part in a family friendly Klezmer workshop. Often performed weddings and celebrations, little is known about the history of the instrumental music, but the genre evolved considerably as Yiddish-speaking Jewish immigrants from Eastern Europe, arrived in the US between 1880 and 1924, met and assimilated American jazz.

The colorful history of Victoria Baths can be explored with an entertaining musical tour, written and performed by singer songwriter Black Jack Barnet. Visitors will also be delighted with tales of swimming in recycled water in the Females pool, budding romance in the Baths and the achievements of our Channel swimming heroine Sunny Lowry.

Finally visitors to Salford’s Working Class Movement Library will hear the Bailey Sisters turn histories of working people into song. The Bailey Sisters are a trio who perform early and traditional music. Though known for their fine acapella performances, they also accompany their singing with fiddle, guitar and percussion.

Route Two: covers the following venues and runs from 12.00pm until 4.00pm:
Chetham’s Library on the hour (last bus leaving at 3.00pm);
Pankhurst Centre twenty past the hour;
Victoria Baths twenty five to the hour.
All buses will return to the Transport Museum at the end of the day. For bus times please pick up a leaflet or visit http://www.manchesterhistoriesfestival.org.uk/whatson/creativethreads
*There is no need to buy tickets for the buses simply hop on and off between venues for FREE. The last buses of the day will both return to the Museum of Transport.

‘Strictly’ favourites Vincent and Flavia take to the floor in Hollywood spectacular Dance ‘Til...