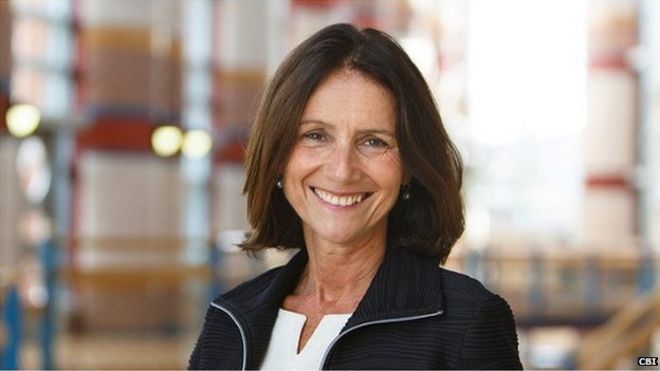 The run up to the COP26 meeting in the UK must be used by the next Government to kick-start ambitious and focussed action to tackle the climate emergency, the CBI’s Director-General will say in a speech today.

Calling for all political parties to agree and implement a long-term national plan to combat climate change, Carolyn Fairbairn will also outline three key actions firms need from the Government to unlock business investment to reach the UK’s target of net-zero greenhouse gas emissions by 2050.

In her speech delivered at Schroders, and marking the launch of a new CBI report, Carolyn will call on the Government to promote renewable and nuclear energy, set out plans to make transport and heating networks green, and include consumption emission rates (i.e. the emissions created by products imported into the UK from overseas, like phones and TVs) in the UK’s greenhouse gas emission figures.

On business and the Government working to tackle climate change, Carolyn Fairbairn will say:

“To tackle the climate emergency in the time we have, we need to go faster, and further, than ever before. The next ten years will be crucial. With the tech advancing so rapidly and costs falling, the goal of a net-zero future is achievable.

“But the truth is that nobody has done anything like this, on this scale before. Business can’t do it alone. It must be done in partnership with government every step of the way.

It needs a tangible vision, and measurable plan to work to, and with.

“So, today, the CBI is launching our new report, The Low Carbon 2020s – a Decade of Delivery.  It sets out the actions our members see as essential to the UK’s low-carbon success in the next ten years.”

On making 2020 a year of action, Carolyn will say:

“We are asking the Government to turn 2020 into a year of action.

“We have the deadline of the UN COP26 climate change conference in Glasgow next November. So, let’s use it to kick-start the UK’s net-zero plans and see how much we can achieve in the next 12 months.

“It could be our climate change Olympics, reinforcing the UK’s position as a global climate leader, as well as showing the public at home, and wider world, the scale and reach of UK low-carbon innovation and expertise.”

On transport and heating, Carolyn will say:

“I’m asking the Government to set out its plans to turn the UK’s transport networks and heating green, sooner rather than later.

“The current Government’s £400 million charging infrastructure fund was a step forward. But business also needs a comprehensive strategy to help target that investment, where needed, and deliver a national network.

“This must include government action to ensure our rural and most remote areas don’t get left behind.

“And, across the Government, we need more ambitious targets, focused policy action and tighter building standards to help us improve the energy efficiency of new and existing buildings.”

On renewable and nuclear energy, Carolyn will say:

“We need the Government to build on what works. As a priority, that means scaling-up the deployment of emerging decarbonisation technologies, such as carbon capture, use and storage and hydrogen-based solutions.

“In renewable energy, we need to replicate the success we’ve had in offshore wind in recent years, with onshore wind. It is essential that the next Government maintains this successful approach.

“Similarly, with over half of the UK’s nuclear capacity set to be retired this decade, the Government needs to progress the financing for new nuclear. Construction is advancing at Hinkley Point C. And this must be replicated at other sites to secure the biggest benefits for consumers, and make the most of the jobs, this industry supports.

“We believe a Regulated Asset Base approach could be the answer — given its potential to reduce risks and costs for investors as well deliver better value to consumers and taxpayers.”

On a holistic approach to tackling climate change, Carolyn will say:

“Finally, as a country, let’s have an honest conversation about how we make this transition a global success.

“The UK has a strong story to tell on reducing the emissions we generate here at home. But that’s not the whole picture. We are consumers as well as producers. What about the impact of the TVs, mobile phones, clothing and goods we buy that are manufactured in China, India and other countries overseas — which isn’t currently counted?

“We can’t solve the climate emergency by simply making it someone else’s problem. We believe it’s time for government to include both production and consumption emission rates in its official greenhouse gas figures. And to publish these metrics alongside the UK’s regular GDP and productivity statistics.

“It would be a radically new way to measure our growth, and focus minds on our net-zero goal — with the fullest, clearest picture of our emissions footprint possible.”

On political risks to tackling climate change, Carolyn will say:

“In the heat of this election campaign and beyond it’s vital we recognise that the UK’s success in cutting emissions over the last thirty years has been only possible because of cross-party support.

“No matter what happens in this election, we need the next Government to ensure that this hard-won and indispensable political consensus on low-carbon holds.

“Political debate may continue about targets and years, but it’s clear on all sides that the time for action is now. The next Government needs to bring forward a realistic, long-term national plan, that secures cross-party agreement from all parties to deliver it.

“Central to that is avoiding distractions or shocks that could derail the plan. It means an end to the chopping and changing of incentives and the rules of the game. And it especially means avoiding the roadblock to progress that mass renationalisation of our energy networks would bring.

“We can secure the UK’s global leadership in a low-carbon, post-Brexit world. And most importantly, we can generate clean, sustainable growth for generations to come.”