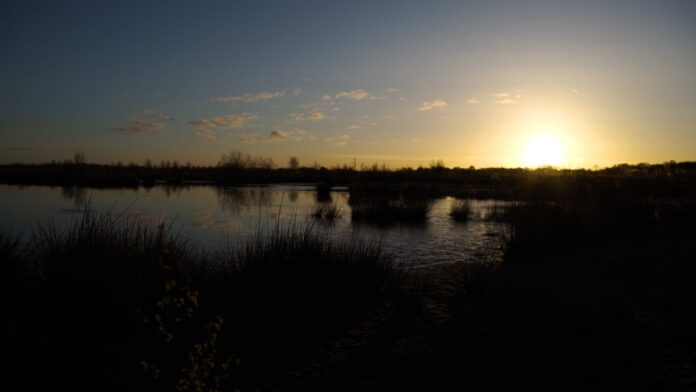 Ancoats-based sustainable video production studio – Standby Productions – has launched Save Our Peatlands, the video which it has gifted to charity partner The Wildlife Trust for Manchester, Lancashire and North Merseyside (LWT) to help combat the destruction of local peatlands.

The news comes as the environment secretary, George Eustice, has revealed plans to protect and restore 35,000 hectares of carbon-storing peatland across the UK as well as a ban on the sale of peat-based compost from 2024.

The three minute video highlights the desperate state of the region’s peatlands and the vital role they play in the ecosystem. It explains that they store twice as much carbon as forests and what viewers can do to help recover them.

Andy Hankinson, Lancashire Peatlands Initiative Project Officer at Lancashire Wildlife Trust, said: “It’s a sad fact that 98 per cent of the UK’s peatland has now gone. But the good news is, there is something we can do to help restore it. As long as there’s a metre and a half of peat beneath our feet, there’s hope.”

Standby Productions is pledging to become the first fully sustainable video production studio in the north, as part of its ‘green shoots’ initiative. It is on a mission to give something back to the environment whilst reducing its own carbon footprint.

On top of the video, the partnership, which officially launched last month and has no end date, will see the sustainable studio donating one per cent of total annual turnover, onsite support and much more to LWT.

Simon Owen, founder and managing director at Standby Productions, said: “The film has to have an impact. We hope it will help LWT communicate the extent of the problem it is facing to encourage people to make small changes to help protect our vital peatlands, some of which are right on our doorstep.

“Peatland truly is an unsung hero for helping tackle climate change. That’s why we wanted to create this film in a modern way, to help make the issue as accessible and understandable as possible. What we’re trying to say is that it’s not too late to make a difference and also that it’s OK not to already know about environmental issues like this one. We’re all learning as we go.”

Sarah Johnson, Lancashire Peatlands Initiative Project Manager, at Lancashire Wildlife Trust, said: “Protecting and restoring our peatlands is vital in tackling our dual climate and biodiversity crises – and we hope that this film will help to take this message to a new audience. There’s something that everyone out there can do to help; from going peat-free in their gardens to supporting our peatland work through corporate sponsorship, just like the amazing people at Standby Productions are doing.”

Simon Owen added: “We’ve implemented a series of changes to help us achieve our goal of becoming fully sustainable. So far, the way we run our shoots and office have been revolutionised and we hope others will follow suit. It’s not often you hear a company calling for others to copy them, but in this instance, that’s exactly what we’re doing.

“On set, we’ve banned plastic water bottles and made refillable bottles mandatory; any leftover props, food or costumes are donated to foodbanks or charity organisations; and all call sheets and meetings are digital, for example.

“We’re actively looking to work with others who share our goal. We’re encouraging all businesses, particularly big brands with huge receptive audiences, to talk about their own environmental achievements as now is the time to act. The more of us that are making positive changes, the better chance we have of saving the planet.”

The video can be viewed here and further information about Standby Productions’ corporate partnership with The Lancashire Wildlife Trust can be viewed on its new website’s dedicated environment page, by visiting https://www.standbyproductions.co.uk/environment/