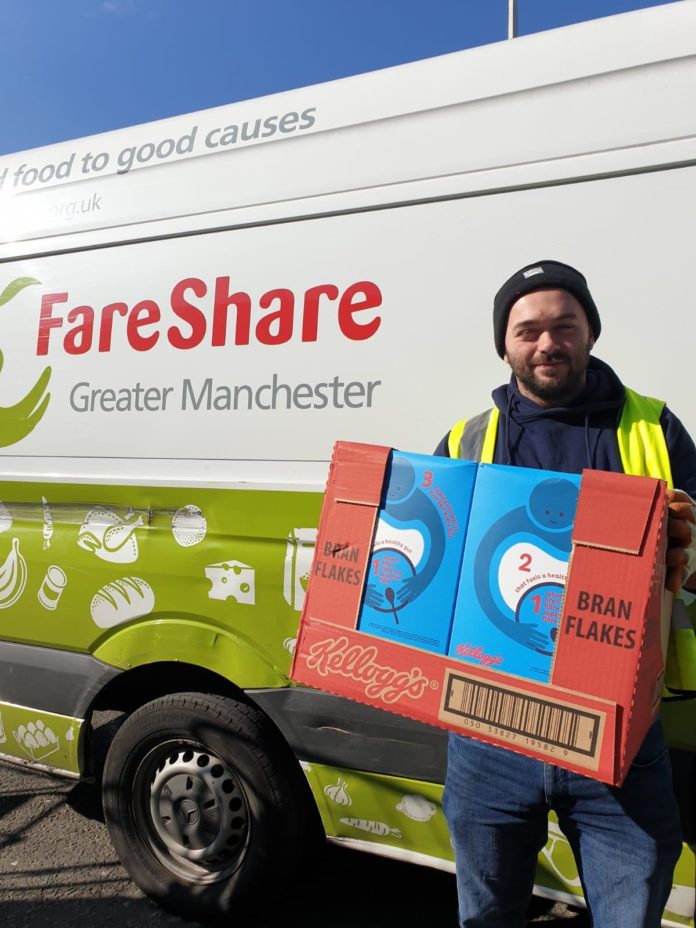 Manchester headquartered cereal giant, Kellogg’s, has pledged to donate thousands of boxes of cereal and snacks to help those in need across the UK.

Working with its charity partners, the company will distribute a minimum of three million servings of food, which equates to 90,000kg, to food banks, schools, charities and NHS staff nationwide.

Across Greater Manchester, Kellogg’s is supporting food redistribution charity FareShare to reach hospitals, schools and food banks, whilst also getting deliveries to those families currently in temporary accommodation. Over the last two weeks, cereals and snacks have been donated to over 75 feeding charities and food banks, including Mustard Tree and the Bread and Butter Thing.

Furthermore, over 10,000 packs of cereal have been delivered to Manchester’s hospitals, including Manchester Royal Infirmary, Wythenshawe Hospital, Trafford General Hospital and Altrincham Hospital.

Kellogg’s will also be donating funds to help with the distribution of the food, ensuring that the donations get to those who need them most in a safe and efficient way.

Kellogg’s VP and head of UK business, Chris Silcock, commented: “This is a very challenging time for so many people and inevitably the most vulnerable are those impacted the most. That’s why, we are doing our part by providing much needed food and cash donations to charities across the UK to support the vital work they are doing. Our goal is to get as much food as we can to the people who need it most.”

‘’We really appreciate the ongoing food and financial support Kellogg’s has given us. It’s making a big difference, both to the number of people we can reach, and to the morale of our staff and volunteer team.”

Kellogg’s has a long history of helping to deliver support to families and children in need through its school breakfast club programme, which it has been running since 1998. At this time, the company is continuing to support breakfast clubs which are open in the schools committed to caring for the children of key workers, including those in the NHS.

Kellogg’s, which has had its UK headquarters in Manchester since 1938, employs more than 1,000 people across the city-region at its Trafford Park factory and office in Salford’s MediaCity.

The Proud Trust Receives The Queen’s Award for Voluntary Service