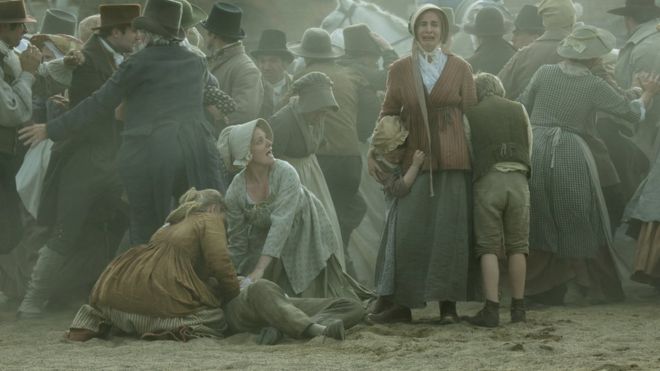 As the bicentenary of the event in which at least eighteen people lost their lives and hundreds were injured, a Warwick University PHD student has questioned how many people were at the protest.

Accounts often put the figure at between 50-60 thousand who crowded onto St Peter’s Fields on the 16th August to hear speakers call for political reform.

History PhD student Dave Steele has used mapping techniques to deduce that the area occupied by the protestors would have been around 16,000 square meters.

He then estimates the crowd was unlikely to have been larger than 32,000, assuming that two people occupied each square metre.

”It indicates that, from evidence that exists for confined areas, 19th-century reform crowds were significantly smaller than previously thought.

“Despite this, they were perceived to be powerful by the press, the public and (more significantly) the state, who went to extraordinary lengths to suppress them.”

The smaller figure though he says no way downplays the extent of the Peterloo tragedy.

“On the contrary, if my figures prove correct, then the casualty rate doubles to nearly two per cent of the crowd injured – an even more shocking outrage than previously thought.”

Most accounts today put the crowd at 60,000, Samuel Bamford put it at nearer 80,000 but of course we shall never really know the true figure.